Considering that vampires are already dead, a list of vampire deaths may seem like a paradox. Often the best part of a vampire film is seeing the vampire meet their true death. As you curl up in your casket on Halloween night, check out our 13 favorite vampire deaths organized by year of release: 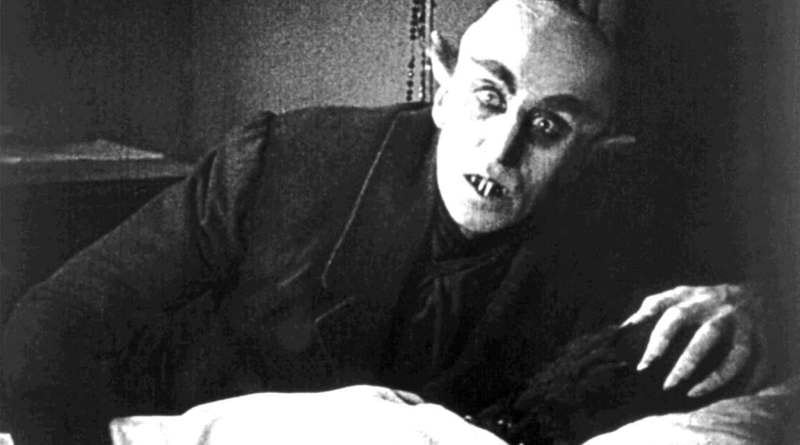 This 1922 silent film remains effectively creepy nearly a century after it was released. Based on the Dracula novel, this atmospheric film set the tone for decades to come. 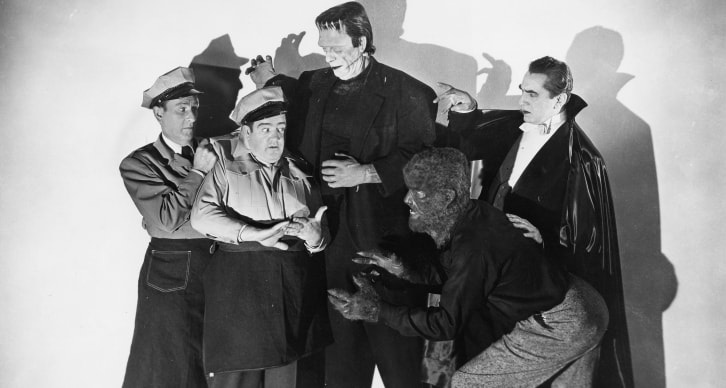 This 1948 film is considered one of the finest of the “monster rally” genre. Dracula meets his “end” at the hands of the Wolfman as they go over a waterfall, starting the Vampire/ Werewolf feud that continues to this day. 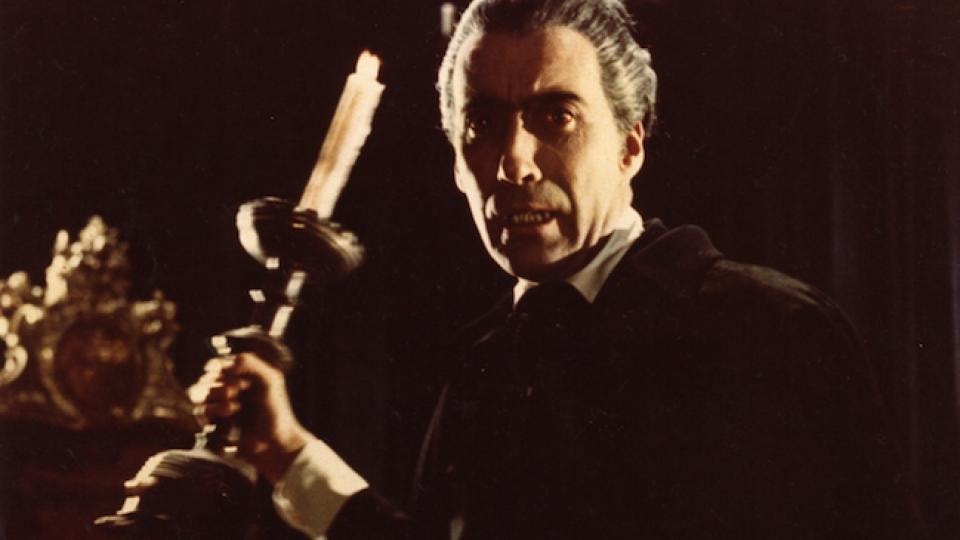 Hammer’s 1958 masterpiece not only introduced us to Christopher Lee’s Count but also terrified audiences with the death scene that left a indelible mark on a young boy named Joss Whedon. A British company, Hammer was limited in the type of violence they could show but they became renowned for their vibrant red blood that takes center stage in many of the films scenes.

This 1979 film feature gave us a Frank Langella as the charming, seductive and sinister titular Count and also gave us a haunting death scene for Mina. Although there are many cinematic adaptations of Dracula, this remains one of the finest nearly 40 years after its release. 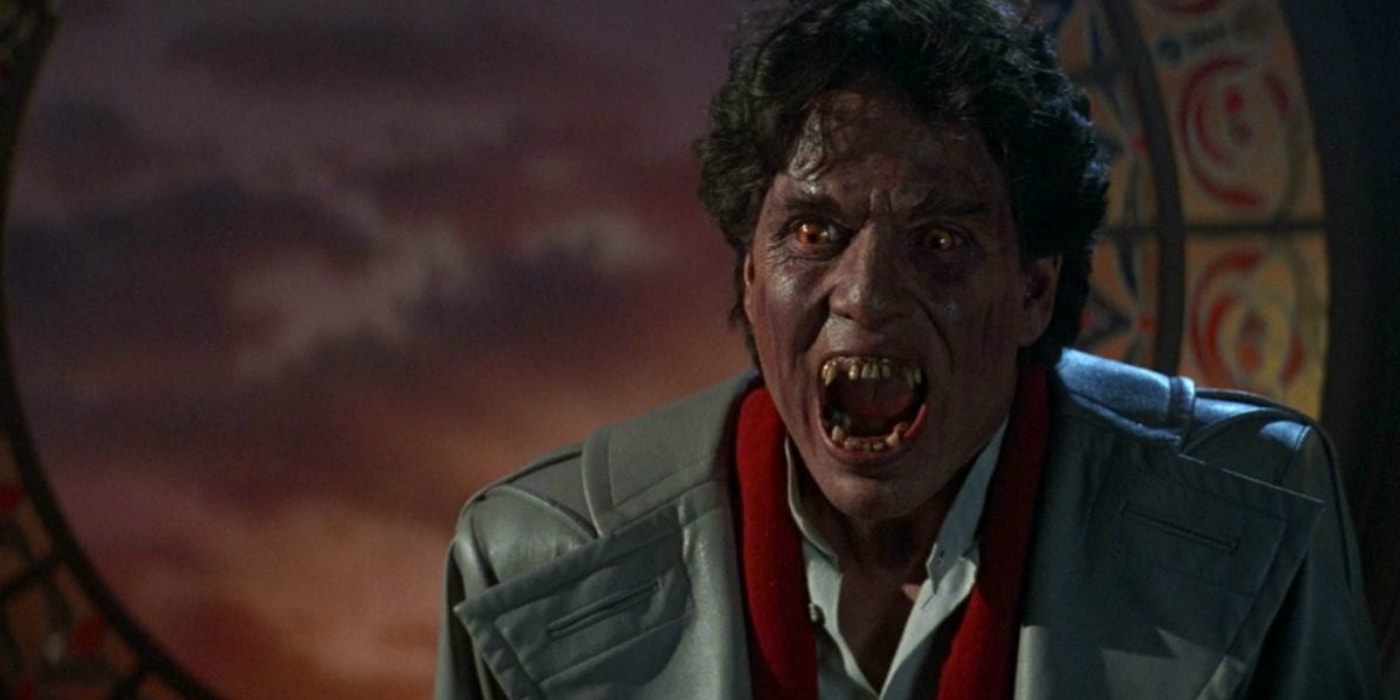 Perhaps the finest vampire film of 1985, this often-overlooked treasure features not only vampires but werewolves and features a “horror host” who gets to put his arcane knowledge to use. The finale showcases a deliciously bloody, flaming transformation done in an era before CGI. 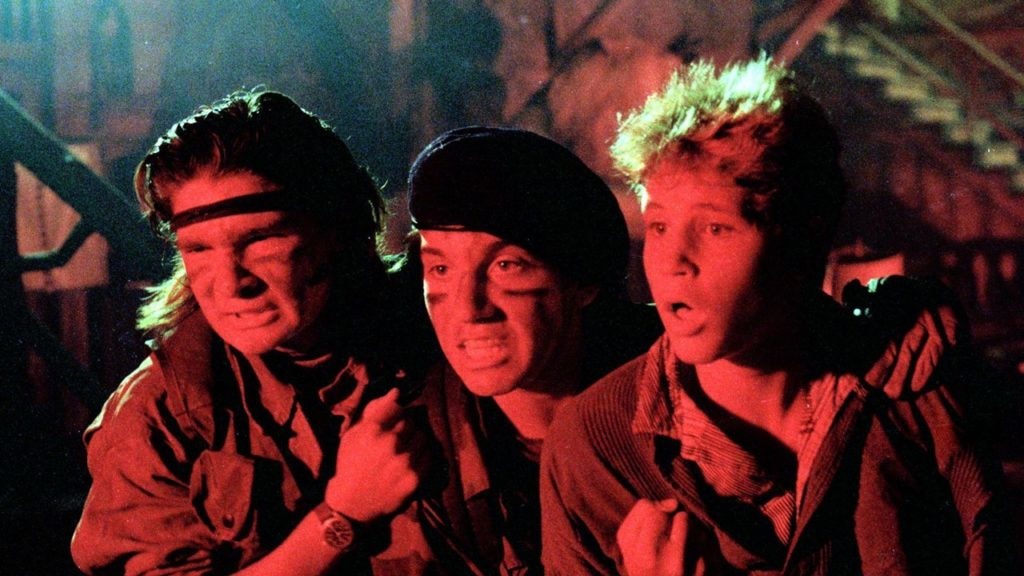 In the summer on 1987 this film introduces us to the joys of being a teenage vampire in California. Although it features many notable and unique vampire deaths, a young Kiefer Southerland meeting his end on a pile of antlers takes the ribbon. 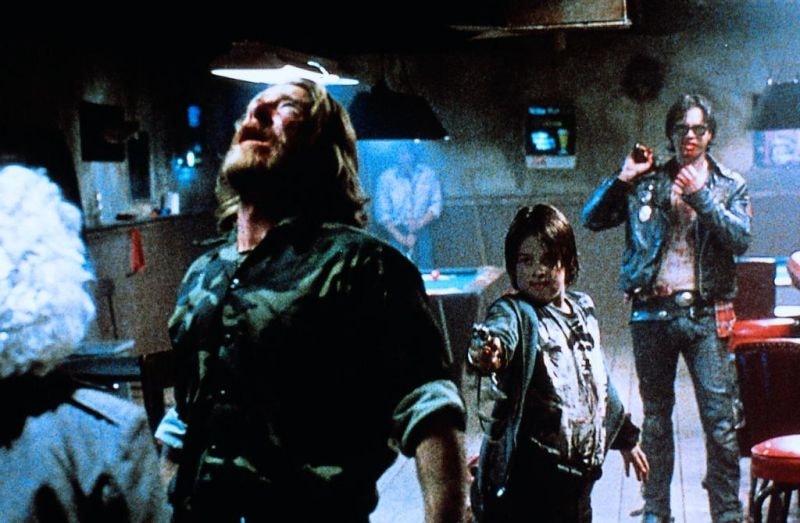 This 1987 film is heavy with vampire on vampire violence and had a unique take on modern vampire “living”. It also features the explosive end of a young vampire that left an impression on fans for decades. 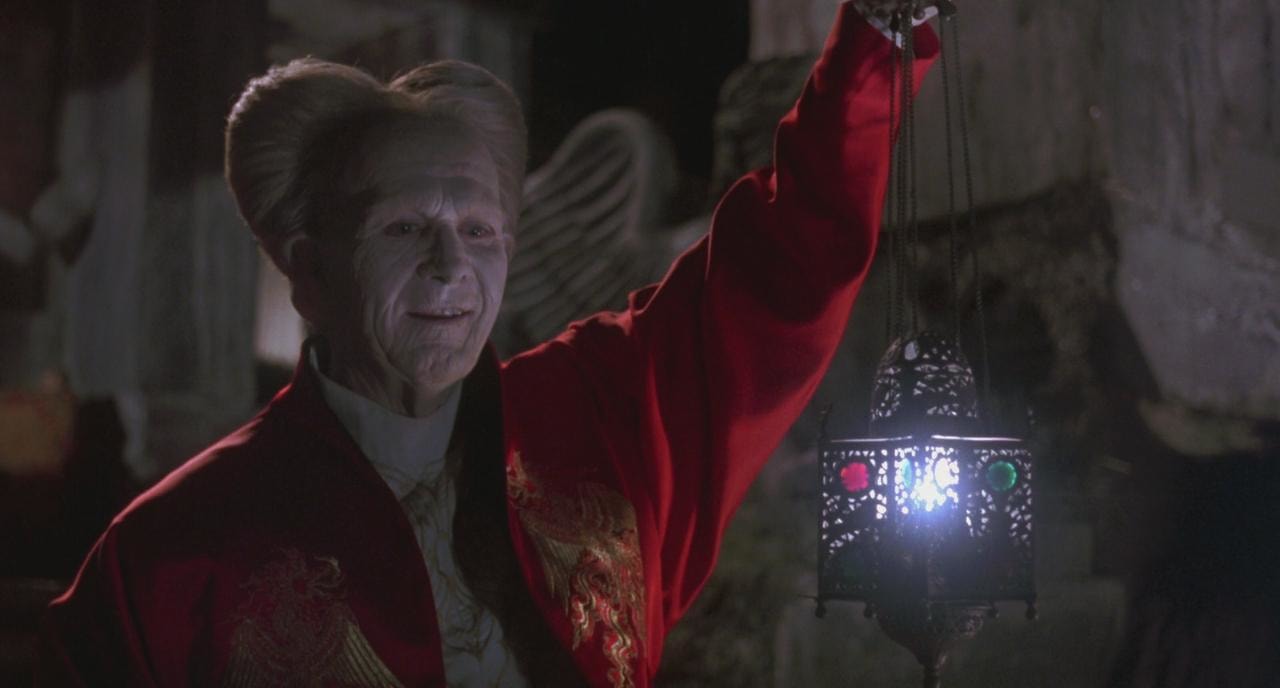 One of the most visually sumptuous of all the screen versions of the Dracula story. Although Lucy was only a vampire for a short time in this 1992 gem, she was dispatched in a manner most memorable. 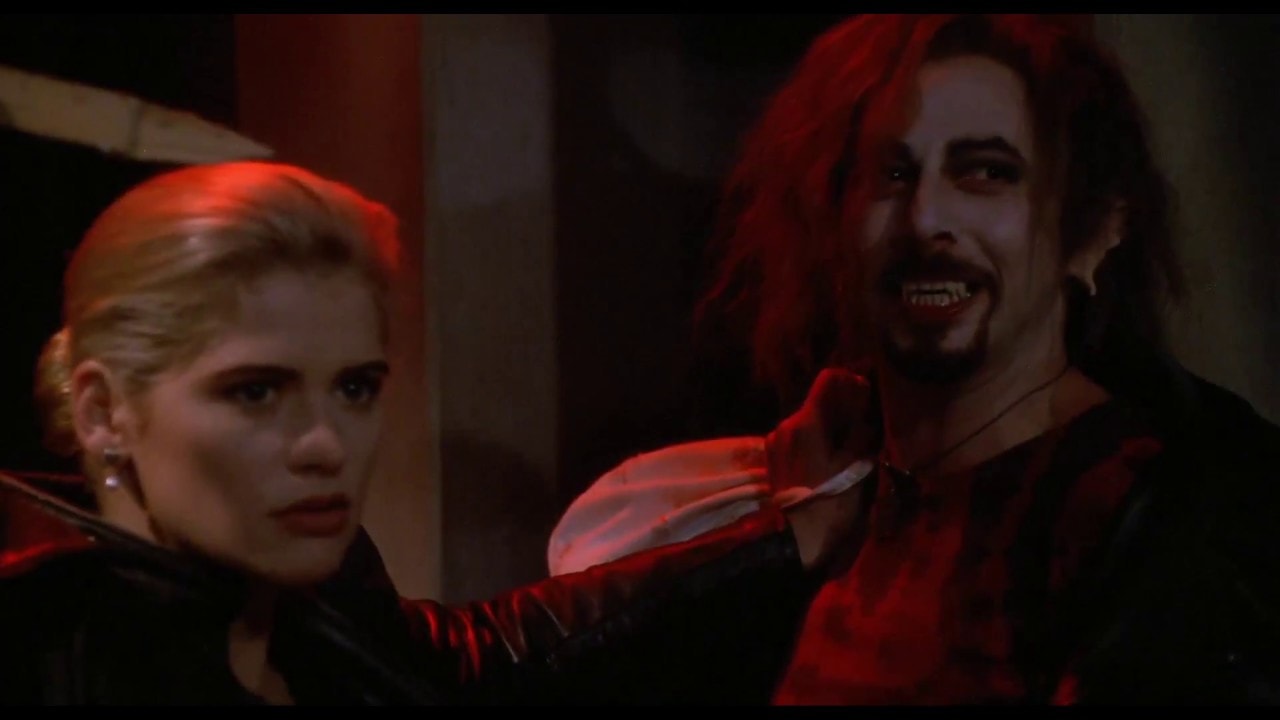 Before it was a television series Buffy was totally a movie. This 1992 film gave us Paul Rubens as a vampire named Amilyn who milks his final scene for all it is worth.

10) Interview With The Vampire | Watch

Say what you will about this 1994 film based on the mega-hit best selling novel about a reluctant vampire, but the deaths of Claudia and Madeleine as punishment for breaking the laws of the undead will bring a bloody tear to any eye. 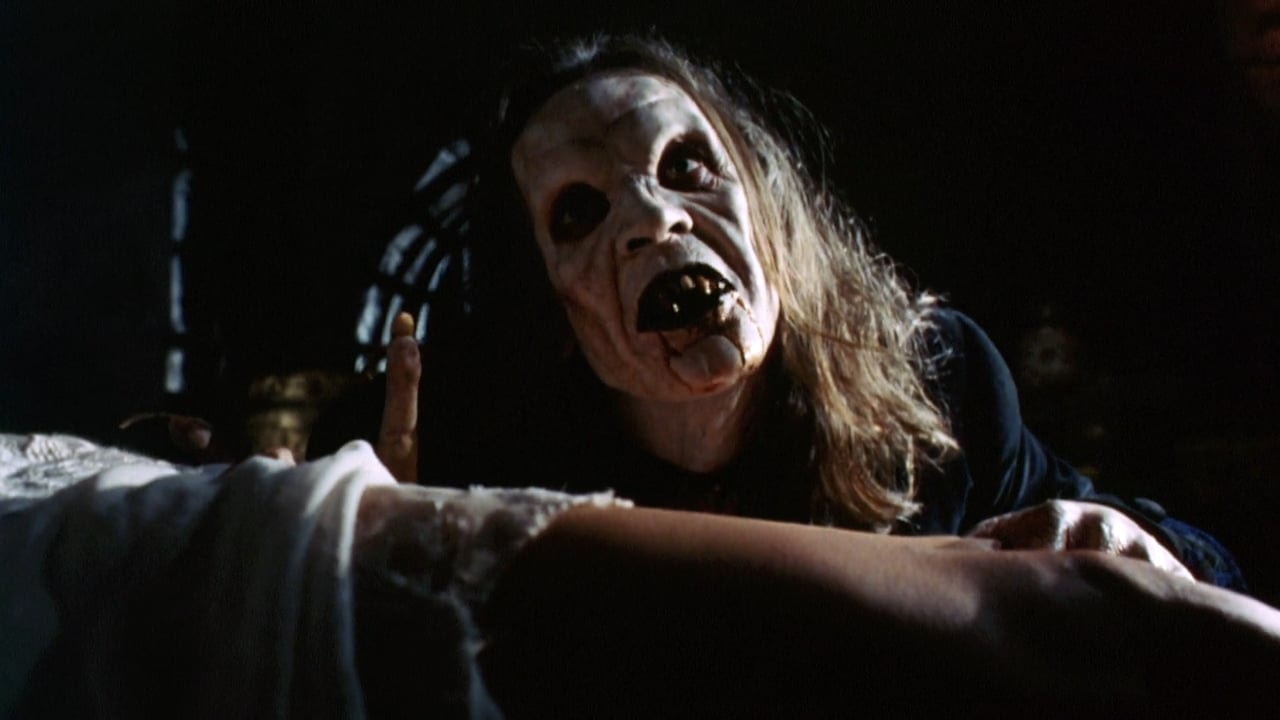 Radu may not be the most famous vampire on this list, but the origonal Subspecies did spawn many sequels, and Radu’s flaming, tree impaled end is one of the most unique of 1994. 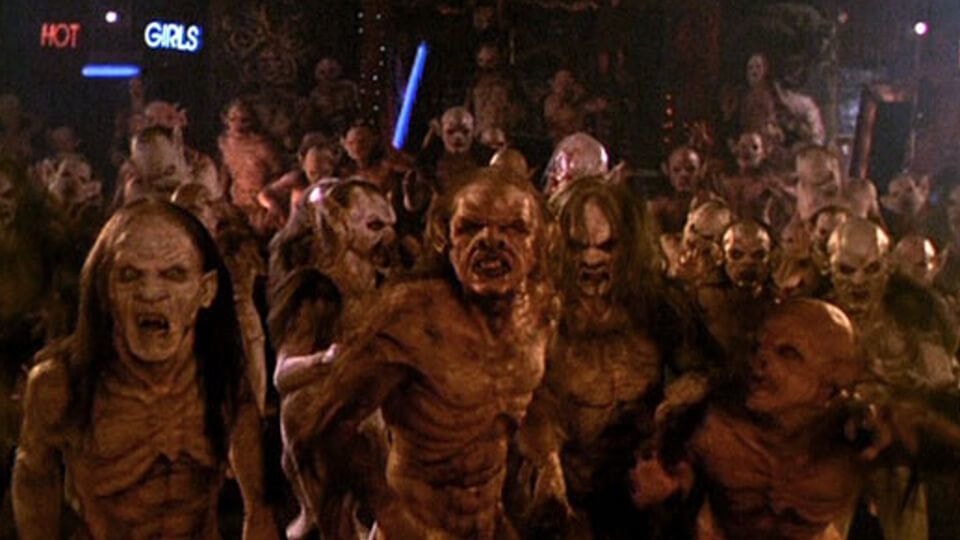 This 1996 film stars a hunky young George Clooney as one half of a sibling crime team, and features more vampire deaths than we can count, so it’s understandable that it also has some of the most memorable. 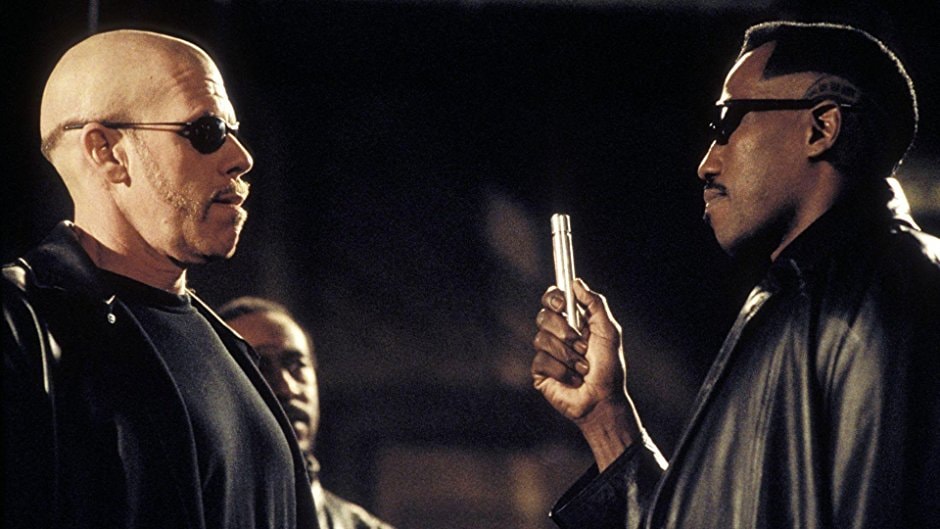 The Blade films are full of vampire deaths, but Nyssa turning to dust in the arms of Blade played by a chiseled Wesley Snipesin this 2002 film is heartbreaking for anyone with a heart (beating or not).