With every Resurrection series we take dolls we have previously done in the past and try to give them a new interpretation. With series eleven the characters we chose to do were Hush, Dottie Rose, Isaiah and Dawn. With Hush, Dottie Rose and Dawn we tried to keep the basic feel for the characters, Hush’s veins, Dottie Rose’s pink and black décor and Dawn’s zombie in a little girl dress. Isaiah proved to be the most challenging as he was a paperboy from the 1920’s. We tried to reimagine him for the modern age where papers are read less and information comes from the internet. So we added some circuitry deco and modernized his outfit. Where Isaiah once delivered tomorrow's news today, he is now a blogger. 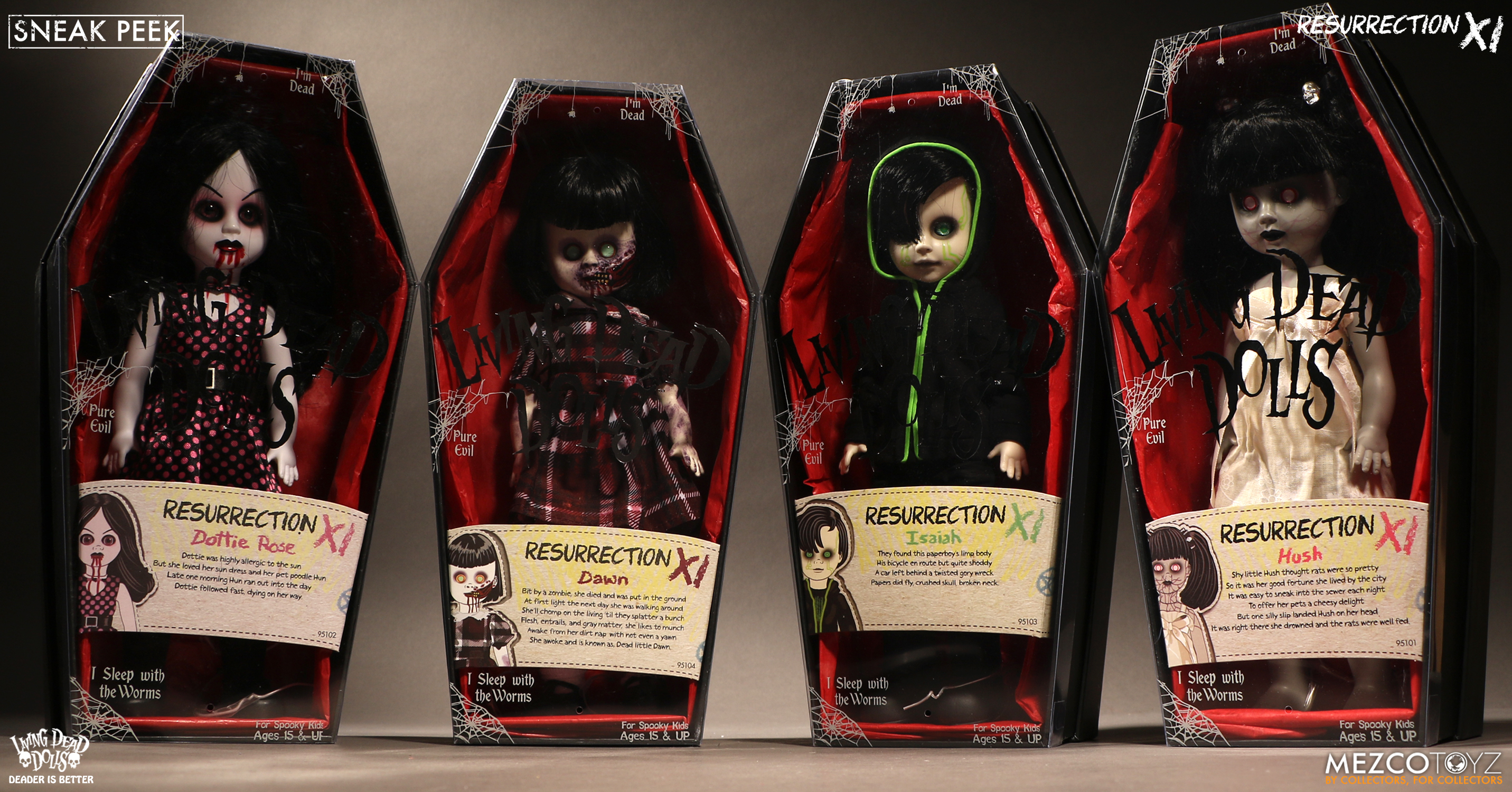 To link all the dolls together we decided upon the idea of paper dolls. Something we always touched upon but now seemed like an opportune time to do it. A multitude of different variations of each doll was made and put online each week for people to either piece together or print and cut out to try and guess what the four dolls for this year’s resurrection series would be. Over twelve weeks, new paper doll pieces were added and everyone’s guesses were wild. As we got closer to the end people started nailing down the characters, but never quite figuring out the final look. 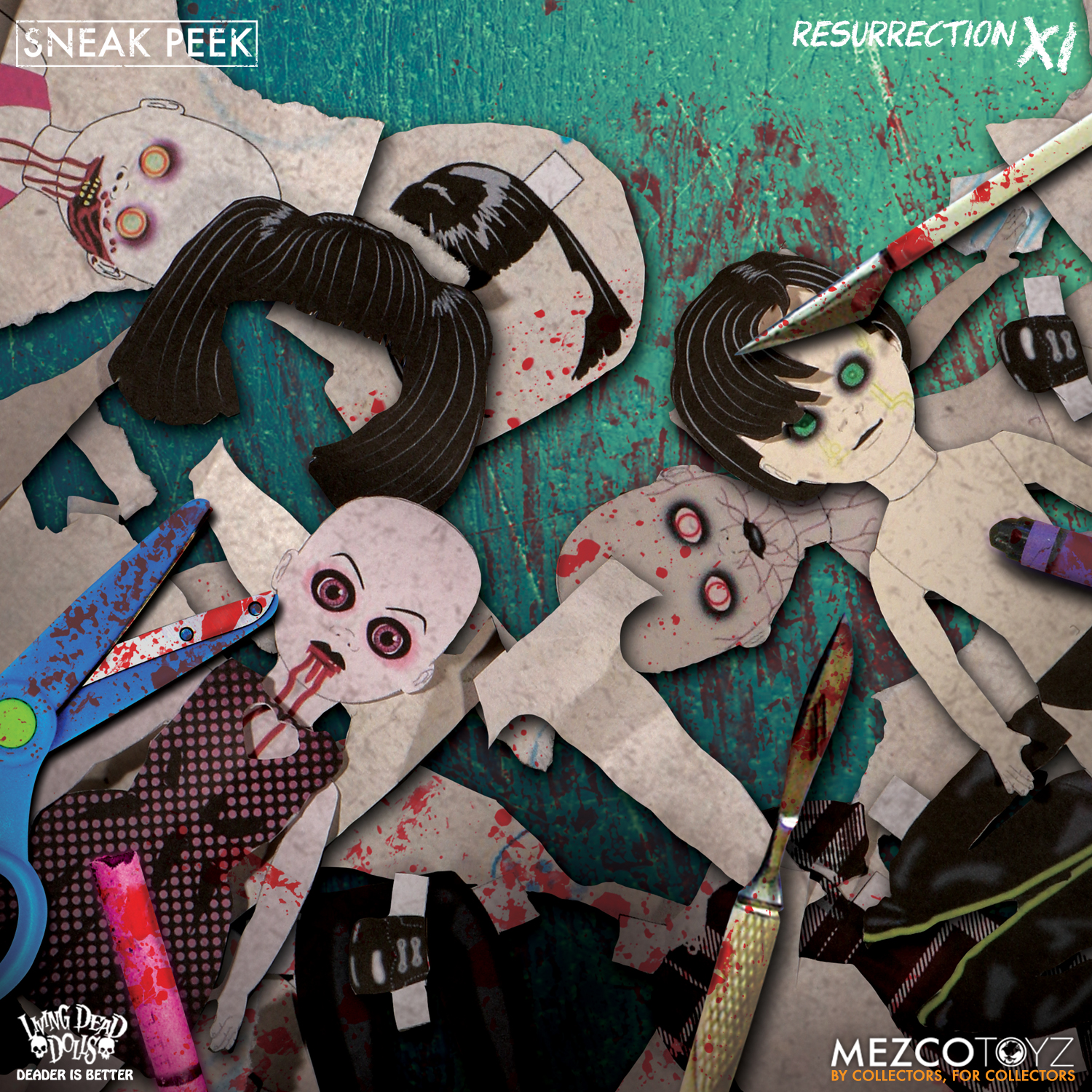 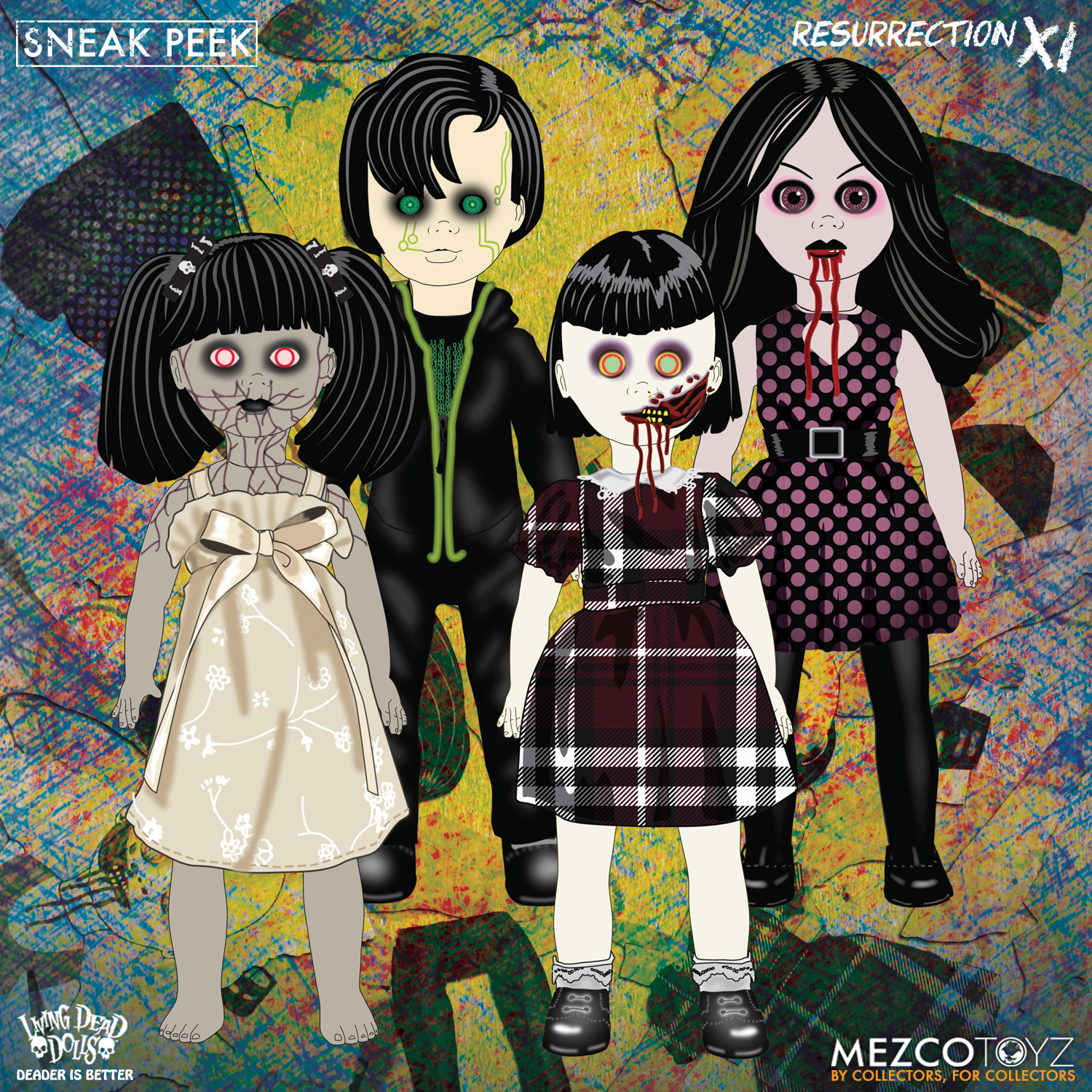 Along with the reveal of Resurrection XI we also debuted a new banner as well as some new enamel pins based on the series. But you haven’t seen the last of Resurrection XI. Stay tuned because we still have more in store with these dolls. Keep those scissors ready, but don’t eat the paste.

Check out the pictures below to see some of the concept art and inspiration that went into creating Resurrection XI and place your order for your own set tomorrow morning here. 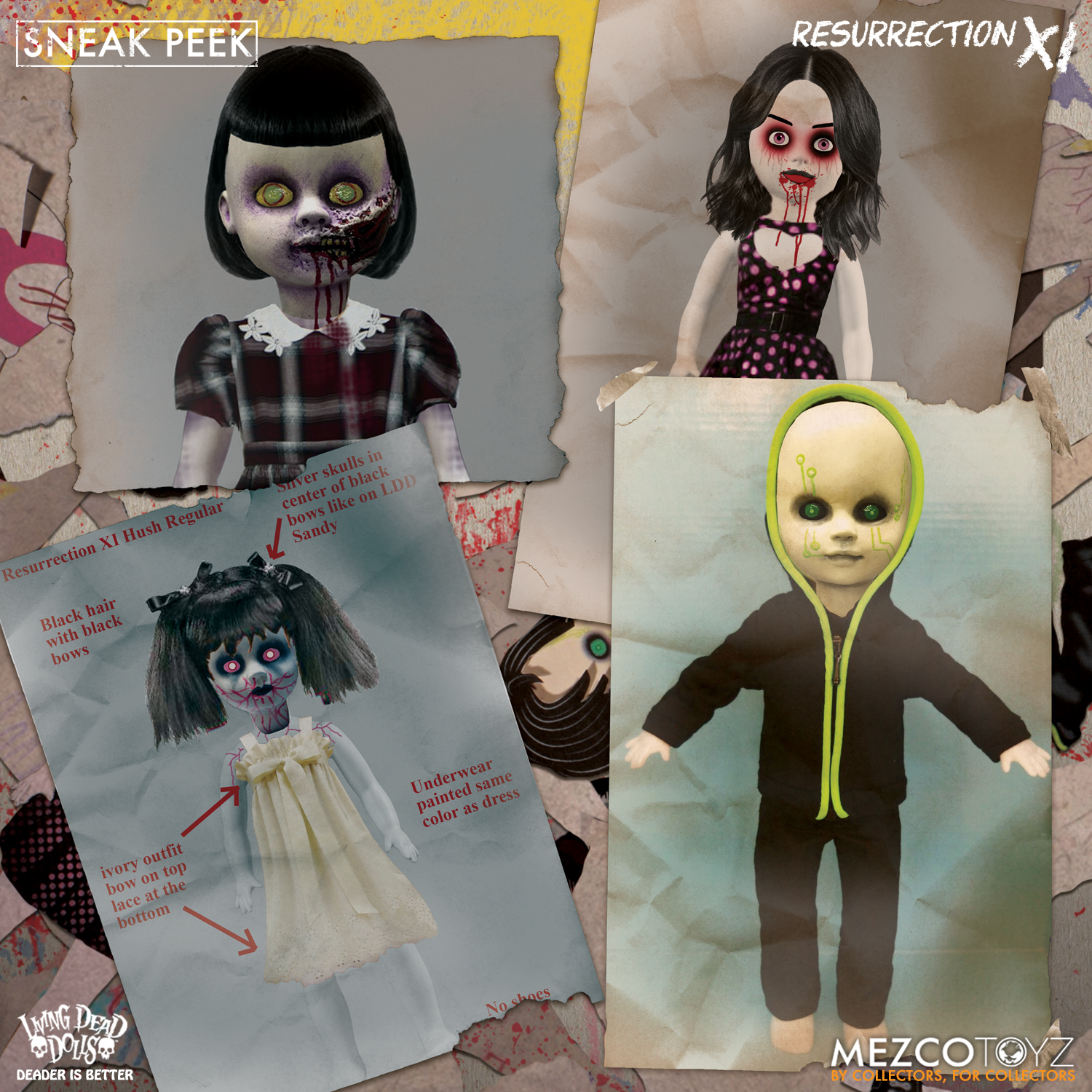 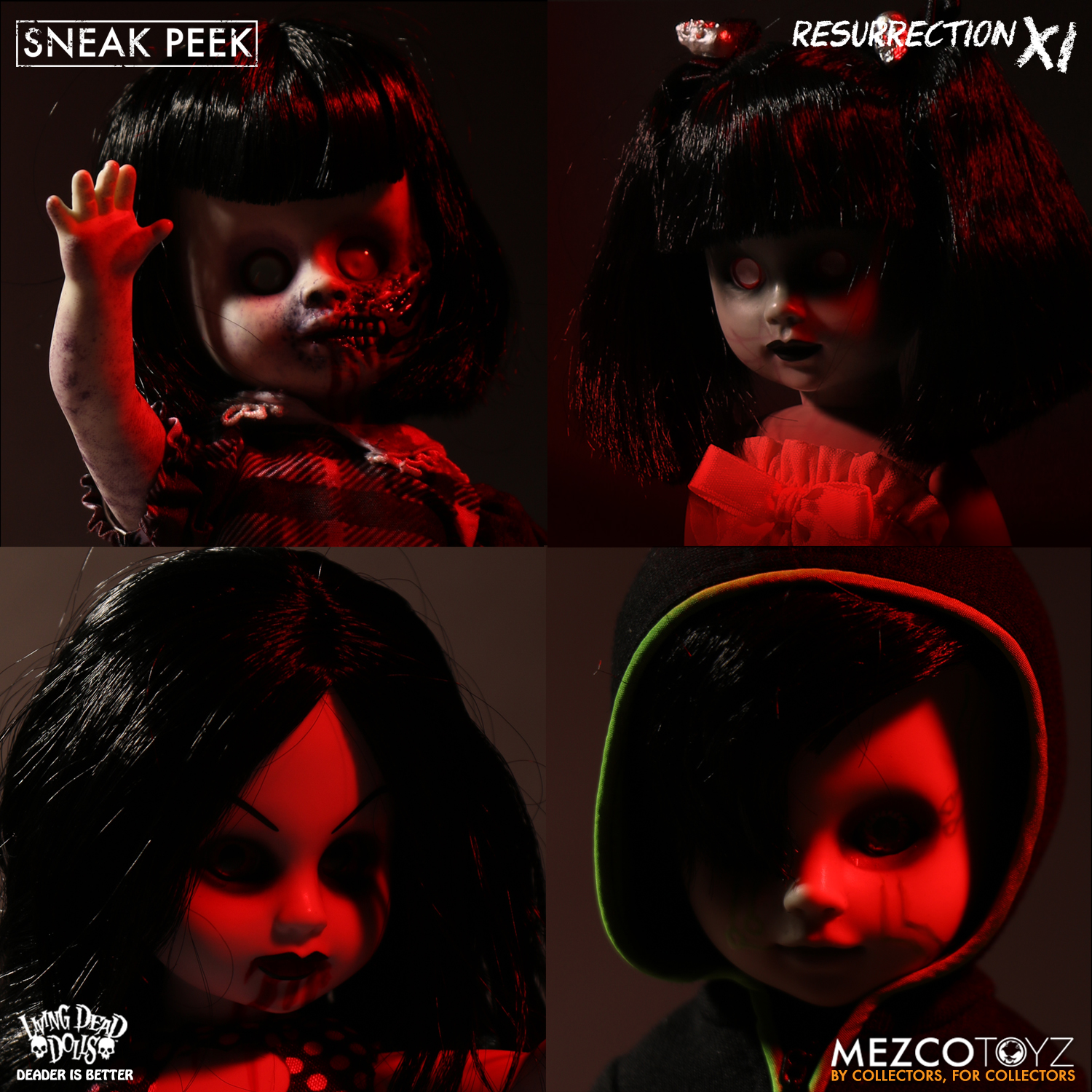