Kicking off this summer's blockbusters was Dawn Of Justice and we were treated to the fan-craved show down between Gotham's dark knight and Metropolis' modern day savior. The battle between these two titans was nothing short of epic.

The One:12 Collective has already shown our BvS Armored Batman figure at Toy Fair back in February but now we are ready to talk about him in depth (and start putting him up for pre-order). I want to take a moment to discuss the features this figure includes.

Armored Batman has light up eyes — I think everyone expected that but still we are pretty damn proud of it. Also, components of his armor are cast in real metal, not die-cast metal, REAL metal.

Oh, and speaking of metal, he comes with his anti-Superman weapon of choice — a REAL metal kryptonite spear.

Batman is geared in his cloth outfit underneath his armor just as seen in the film. He includes 3 sets of hands and his heavy-duty grapple gun (different from his standard release version).

The figure will be up for pre-order here starting June 8, 2016 as well as for sale at our booth at San Diego Comic Con. 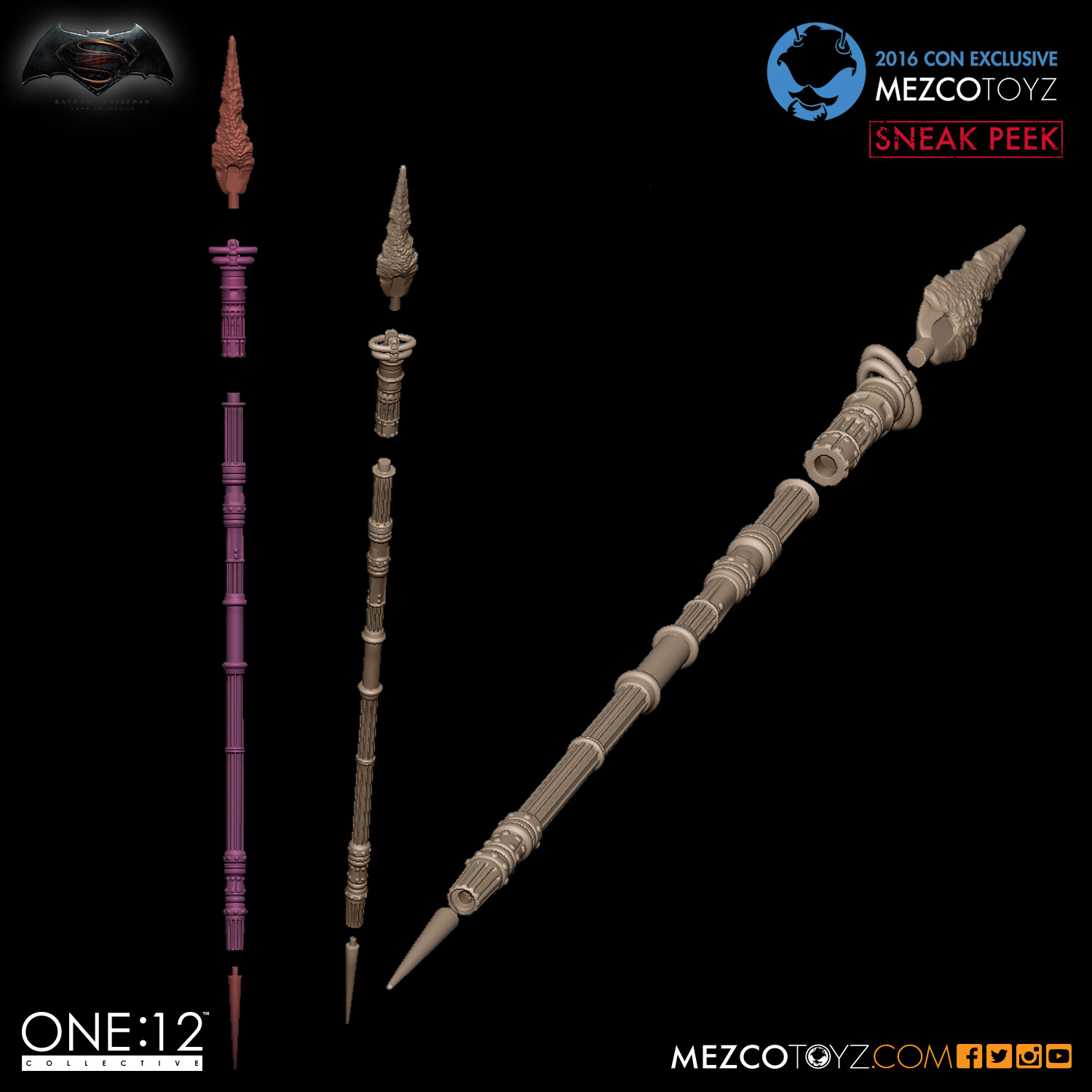 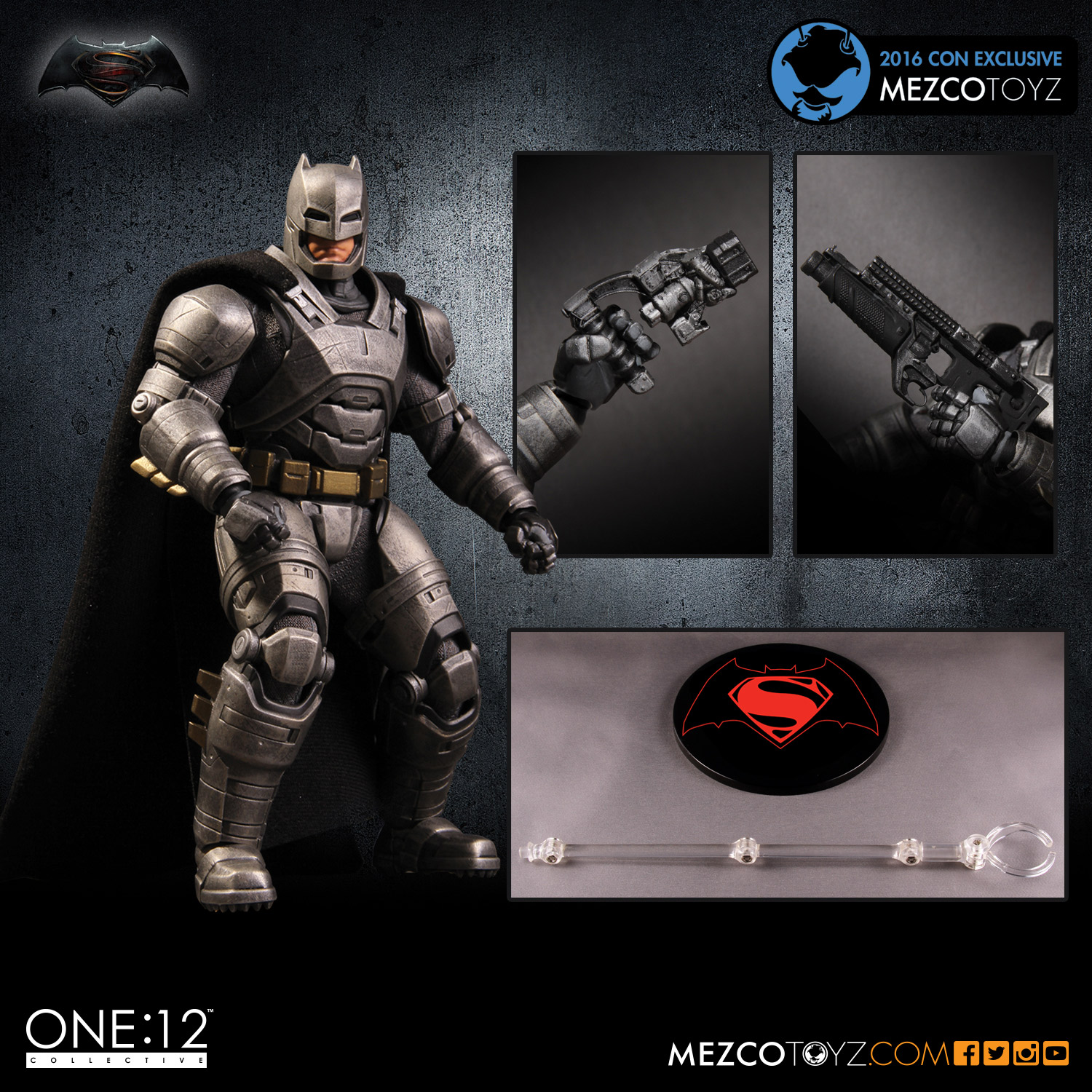