This month's throwback takes us back to the summer of 2006 with the Convention Exclusive release of the collectable stylized Professor figure from Tim Burton's classic film, Edward Scissorhands. 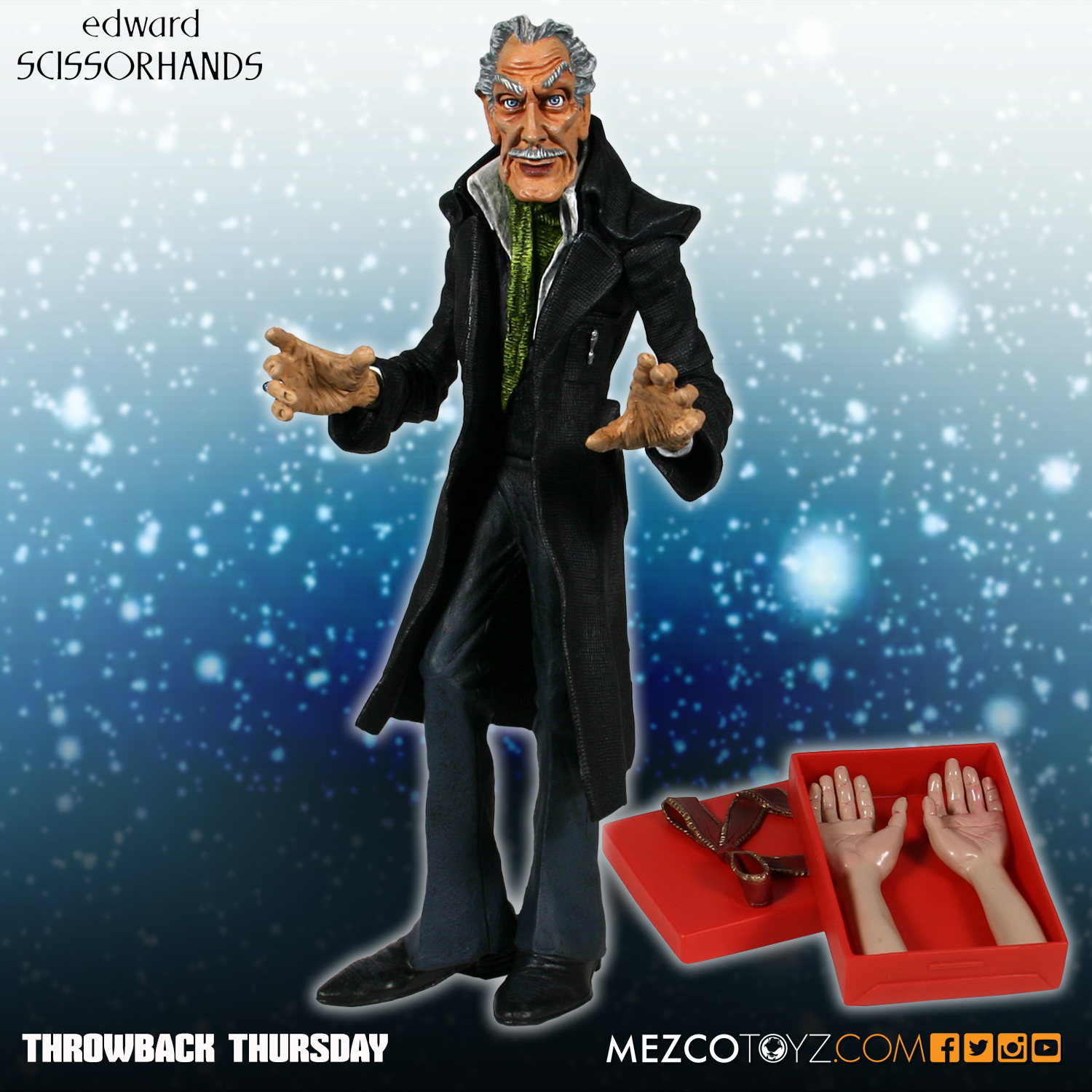 After having released the stylized Edward figure previously, it only made sense to bring Edward's father-figure in the the film to life as well. Portrayed by the legendary Vincent Price, this release would see the first time the horror icon would be translated into figural format.

He stands nine inches tall and was sculpted in Mezco's signature caricatured stylization, boldly full of personality and eerily capturing his likeness perfectly.

The Professor was packaged in an eye-catching domed blister with a backer card recreating the film's classic movie poster and he included the gift box and arms created for Edward in the film's dream sequence as accessories. 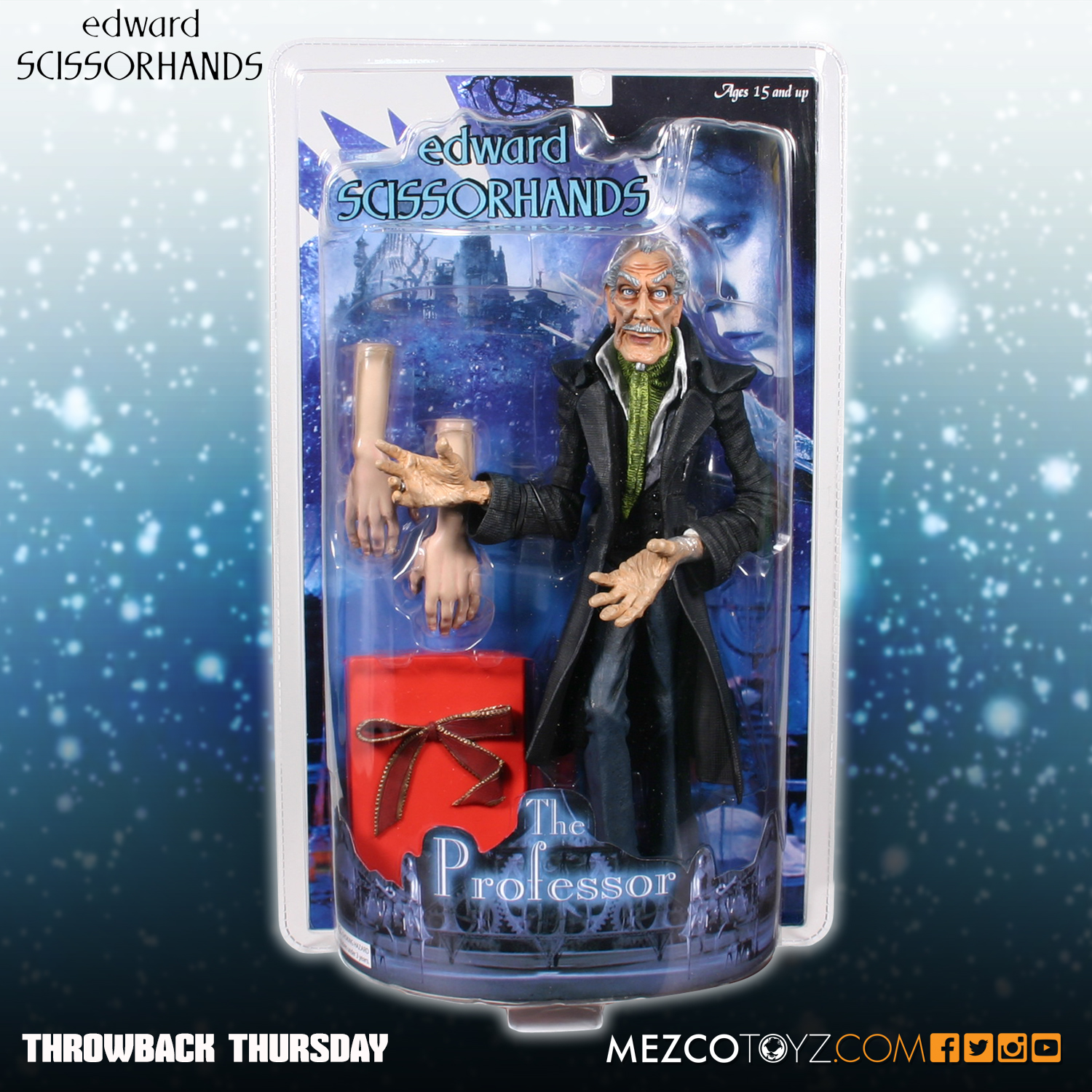 Even though eleven years have passed since this limited edition exclusive figure saw it's release, it remains as timeless as the actor who depicted the character and the film it was all based on.