The Nightmare on Elm Street franchise is one of the most popular horror series of the 20th century. The series is revolutionary for blurring the lines between reality and dreams, opening the floodgates for more surreal horror to come. Freddy Kreuger, the foul mouth serial killer with a twisted sense of humor, became a household name in horror. With his popularity spanning over the course of decades, he made an excellent fit for Mezco Toyz. Over the years we have released a wide variety of figures, dolls, and collectibles based on the disfigured villain and his surreal world of nightmares. Below you can take a look at our product retrospect showcasing many of them and even a few that were never released to consumers. You'll also see a sneak peek of A Nightmare on Elm Street products to come! 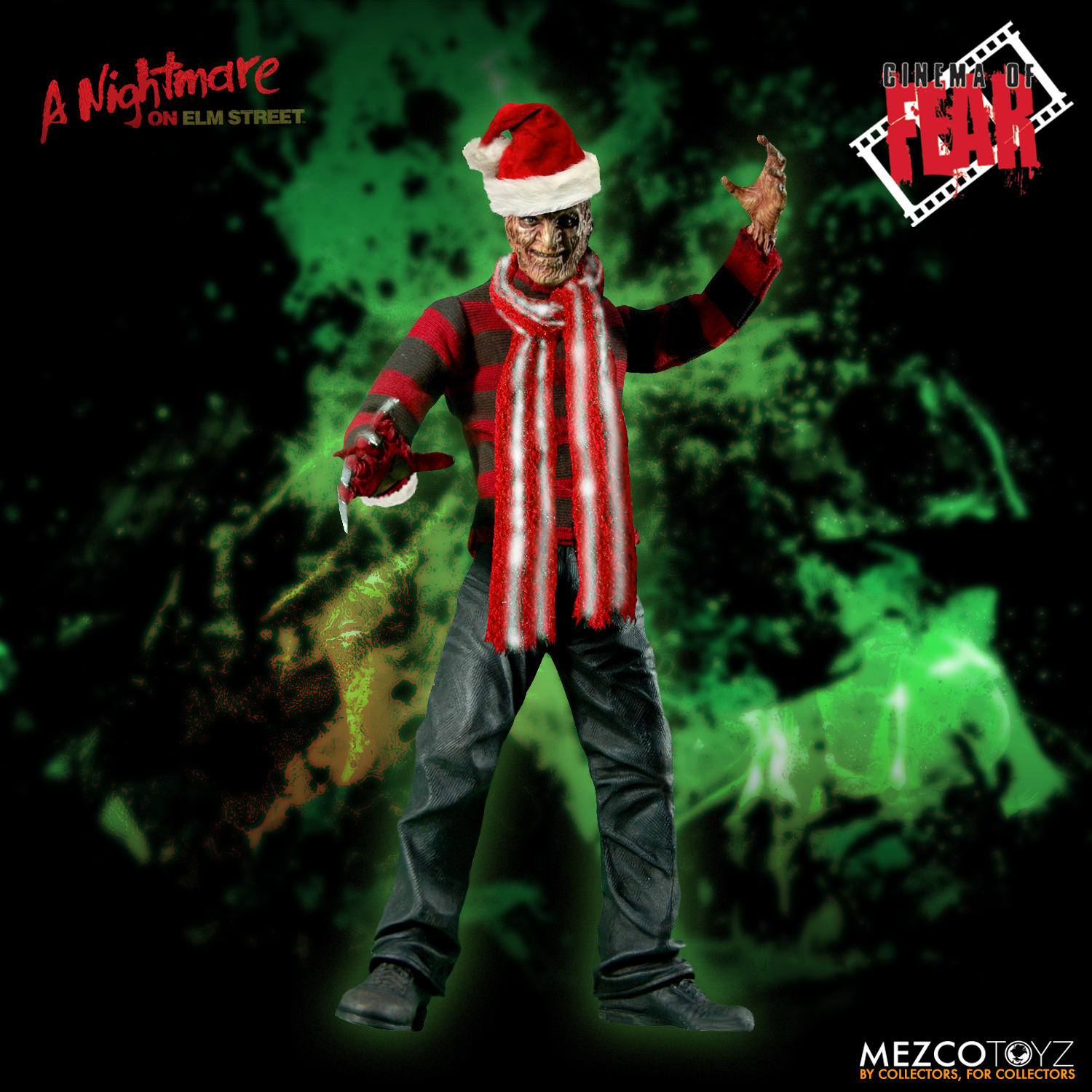 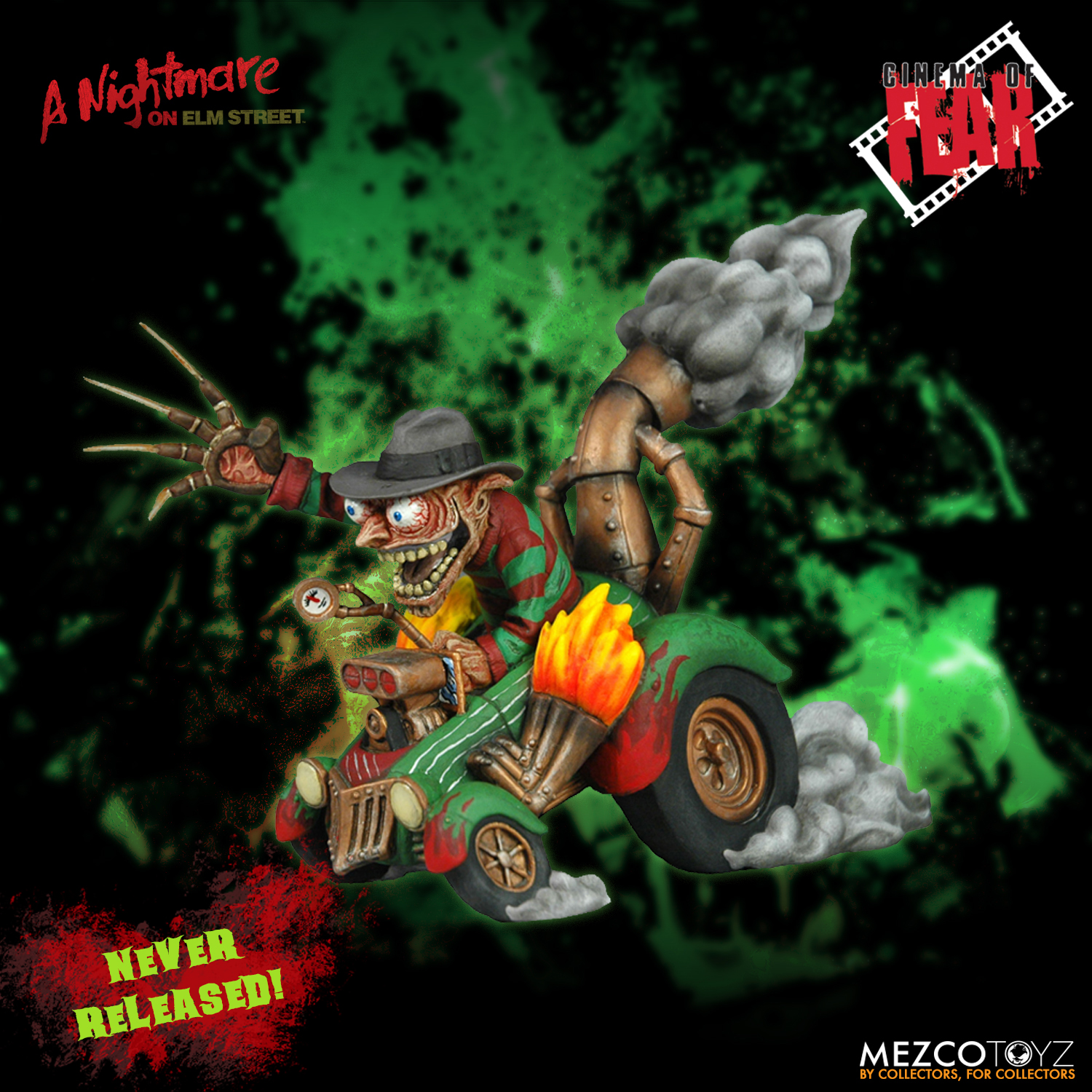 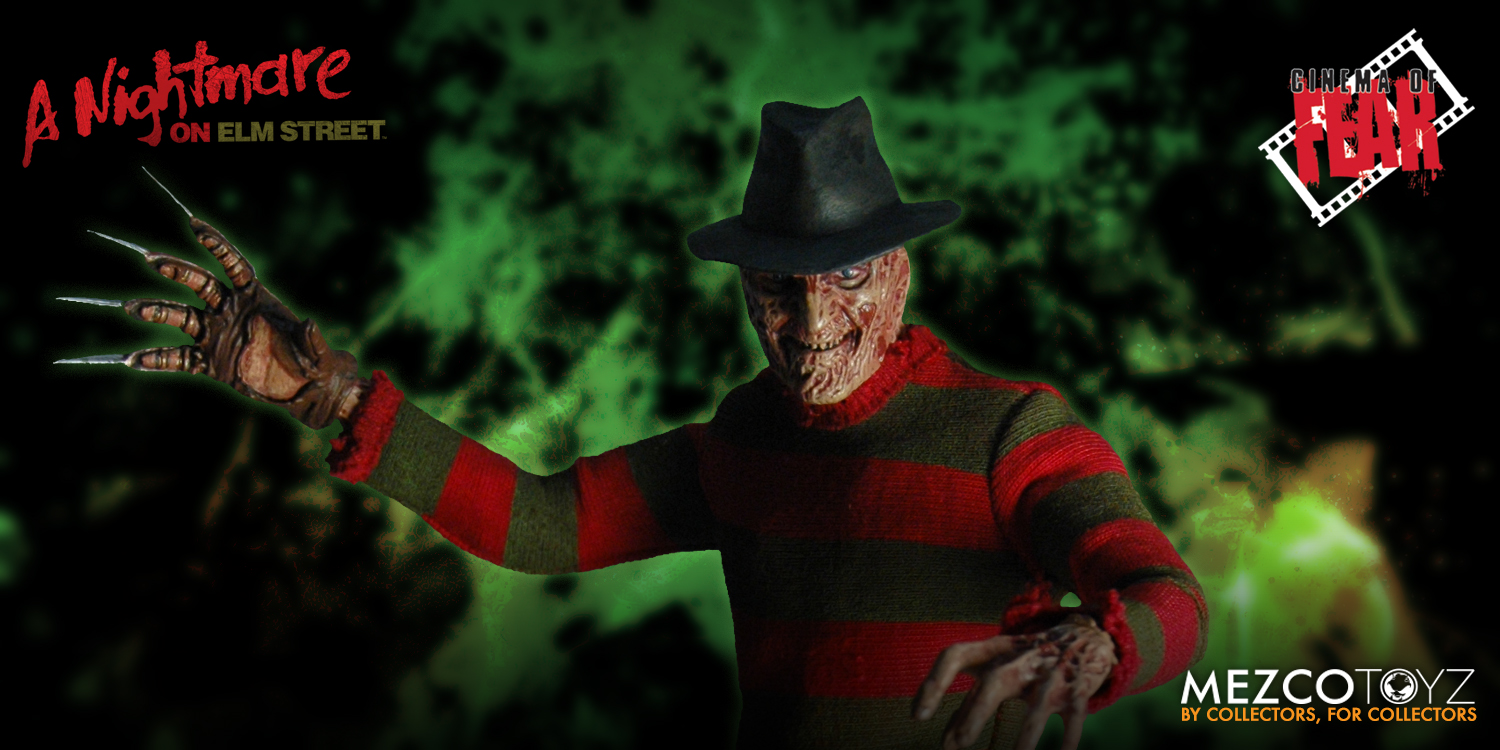 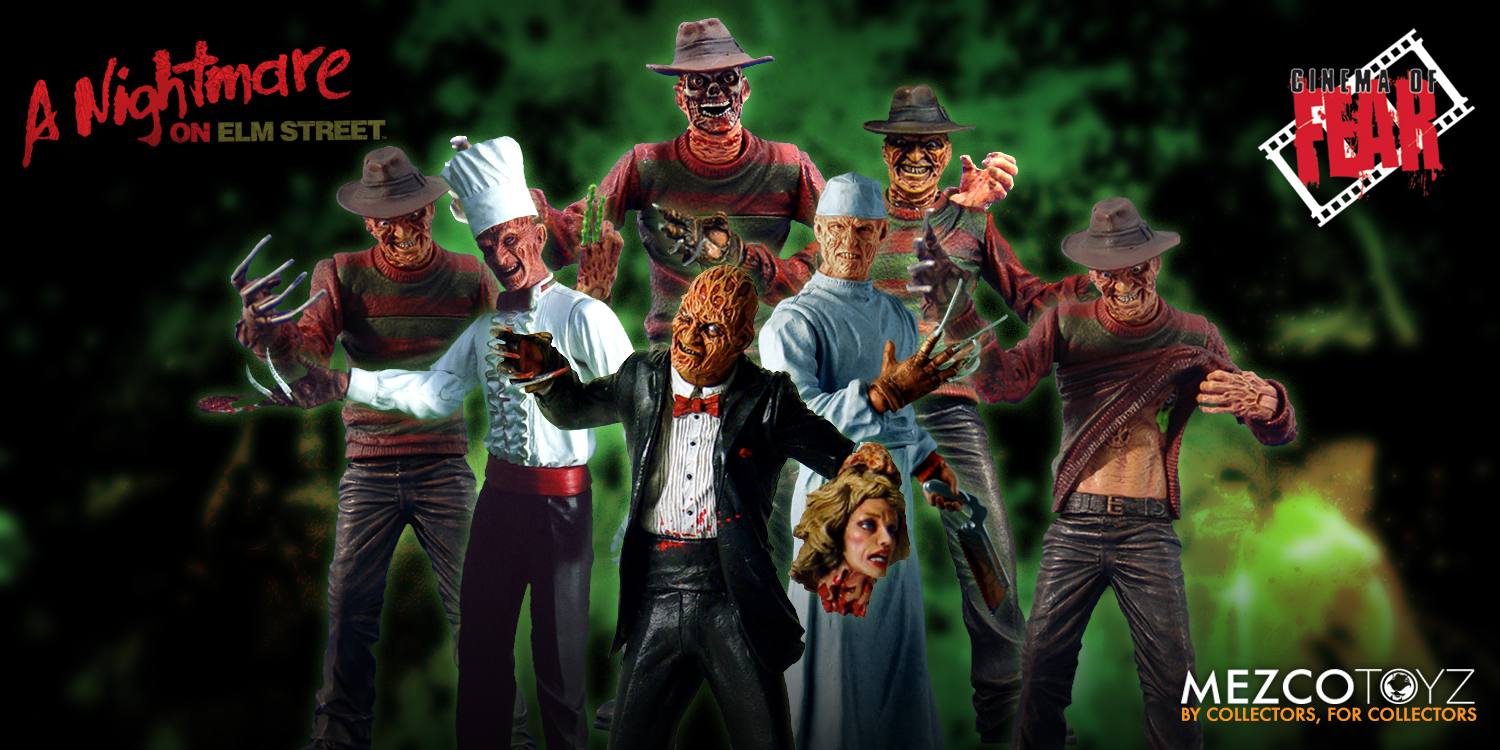 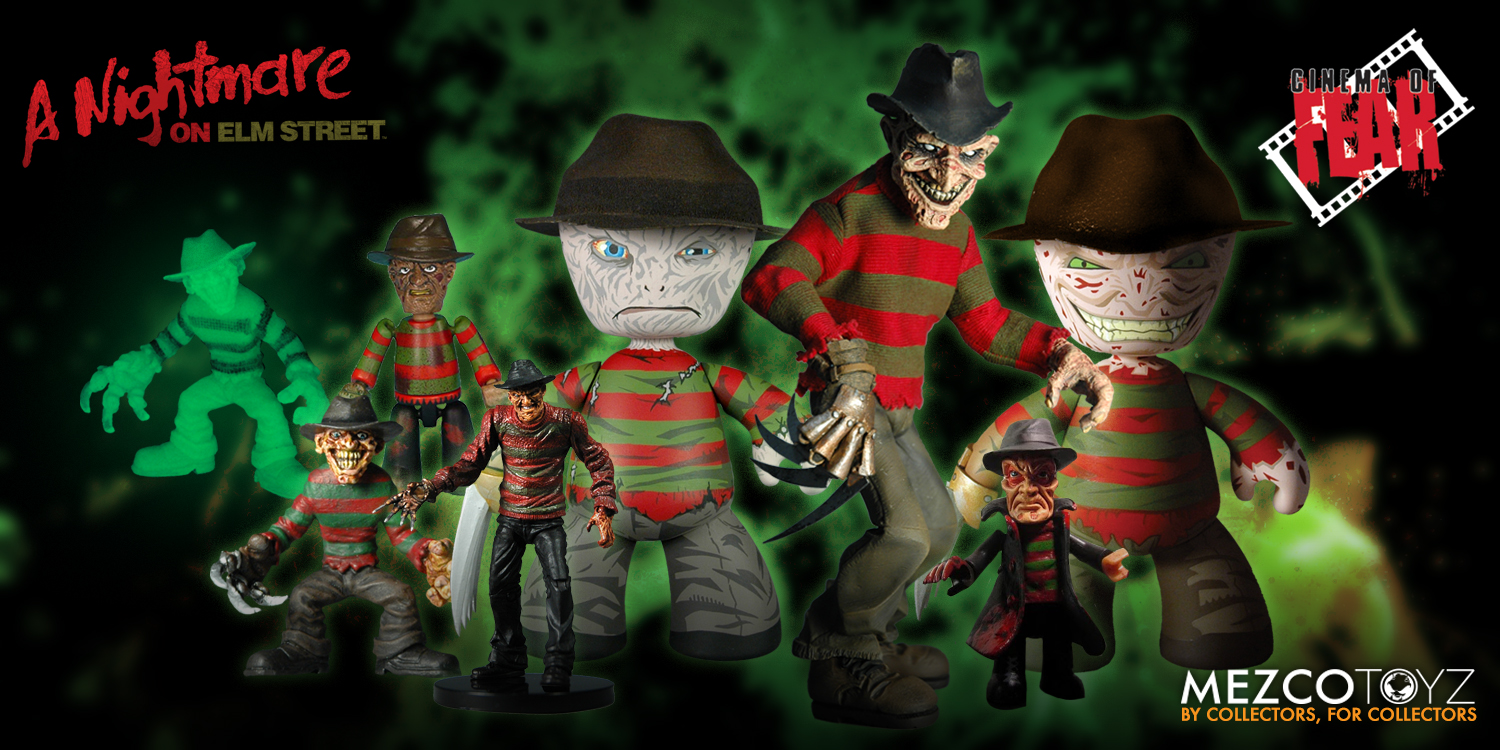 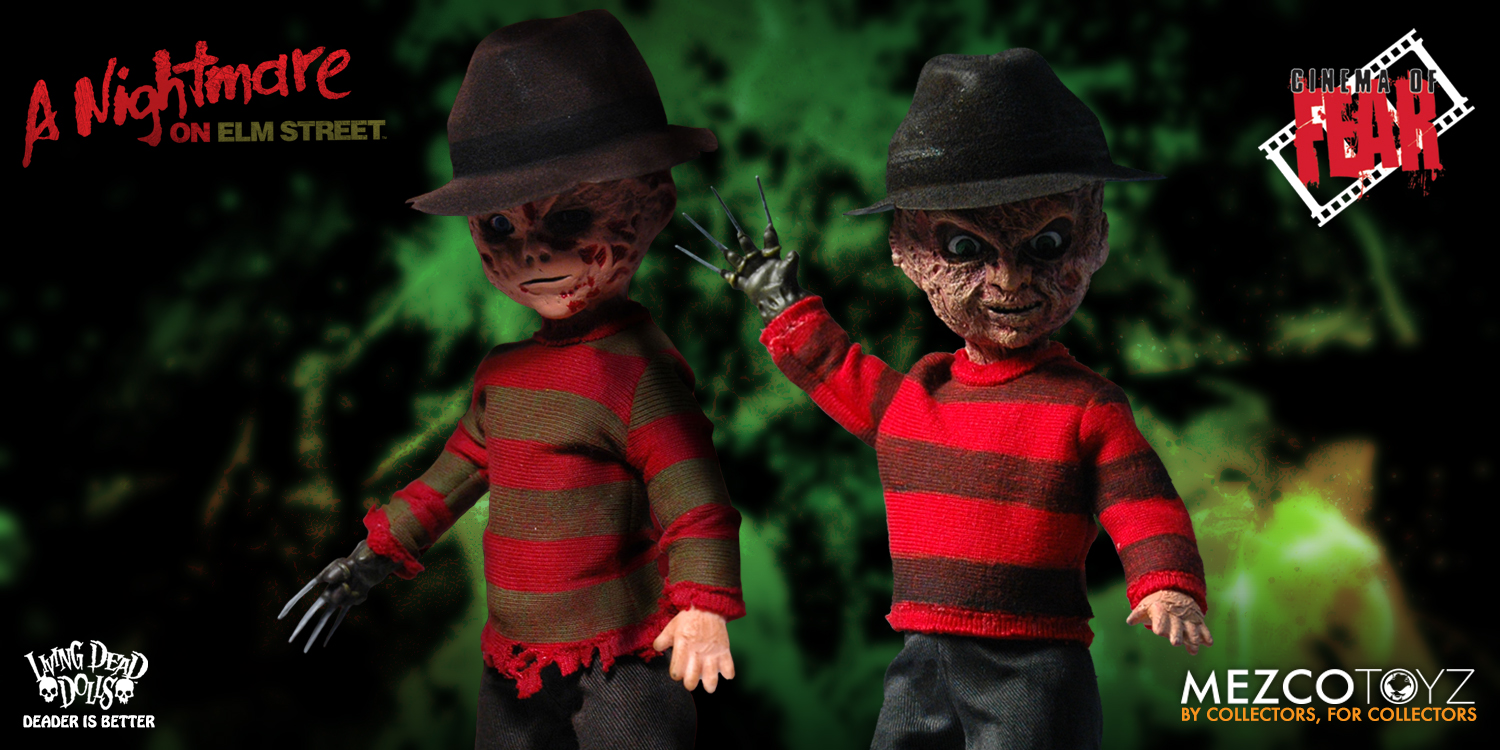 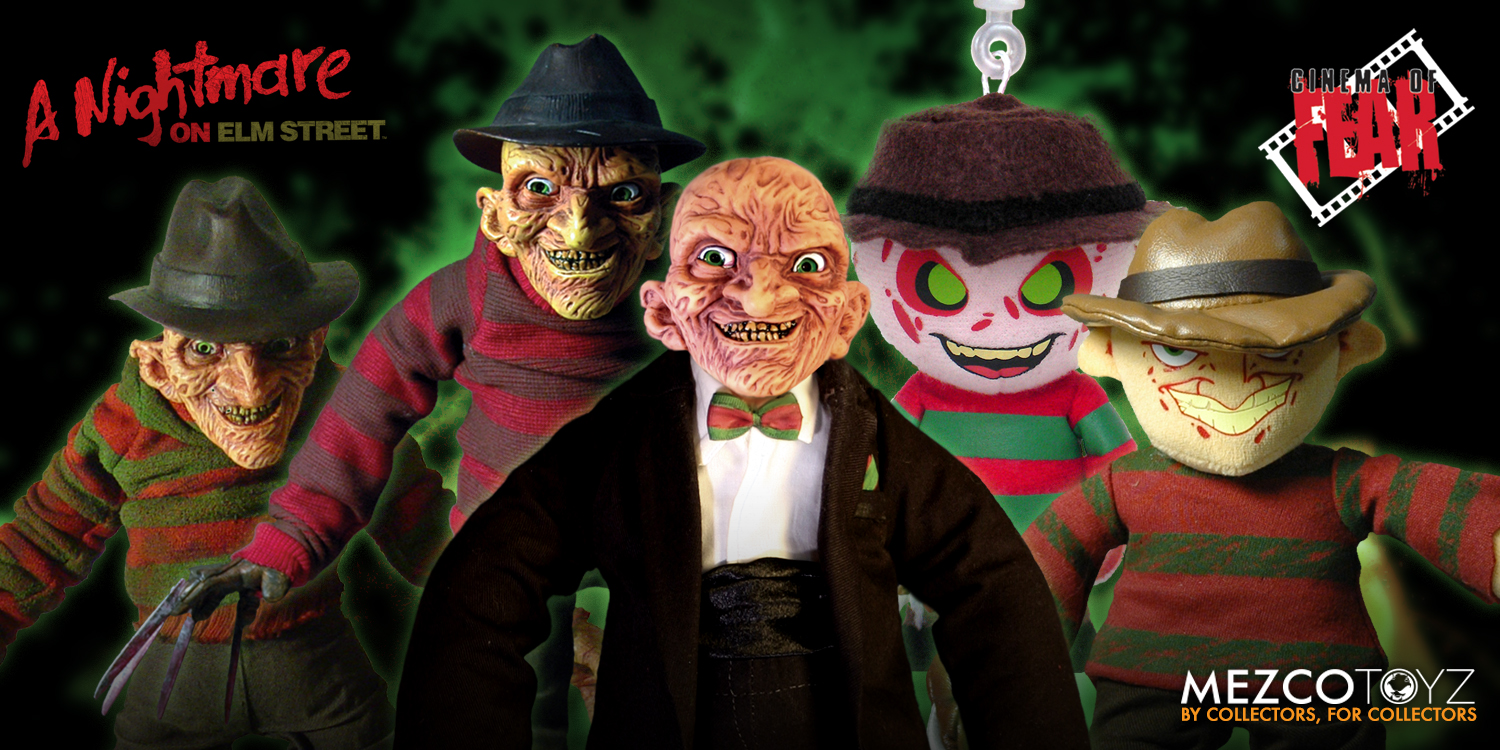 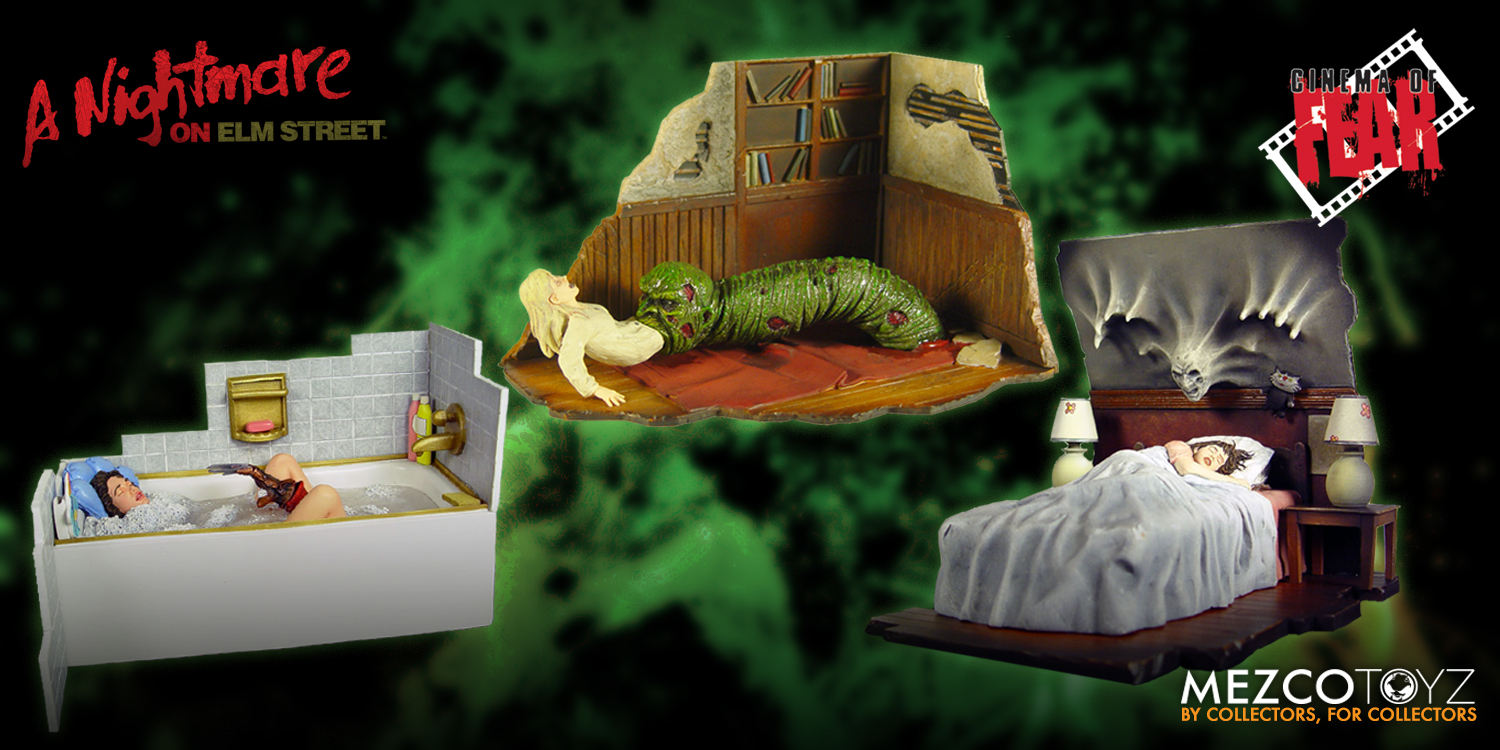 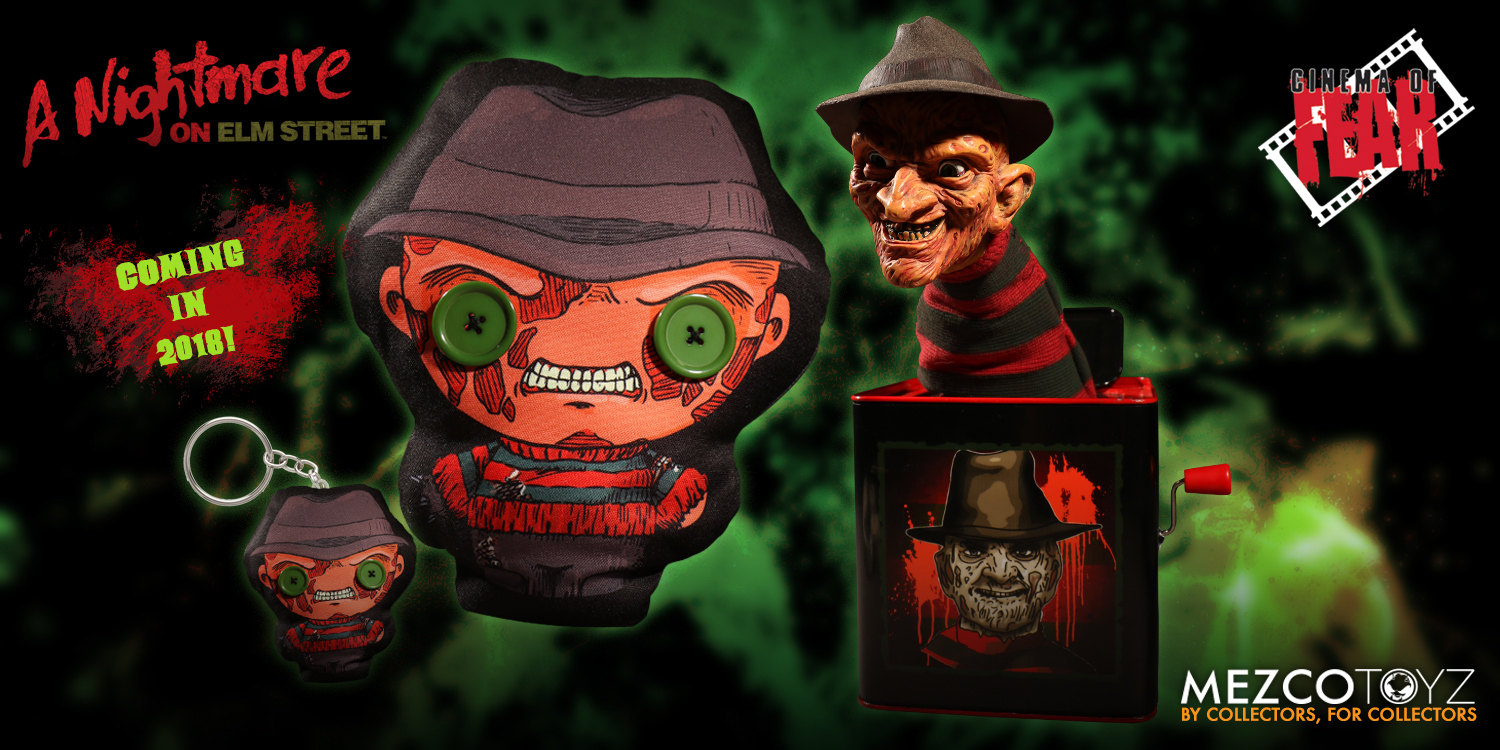