Say hello to my little friend! In 2005, Mezco Toyz paid homage to Scarface, one of the greatest gangster films of all time. Released in 1983 and directed by Brian De Palma, the film follows Cuban refugee and mobster Tony Montana (Al Pacino) after his arrival in 1980s Miami. Montana's rise to drug kingpin and inevitable fall from power engrossed audiences. Scarface is still regarded by audiences and critics as one of the best crime films of all time.

The 10" roto-cast figures paid homage to different scenes in the film and included removable accessories. These figures included the Runner, the Rise, The Player, the Enforcer, and the Fall. 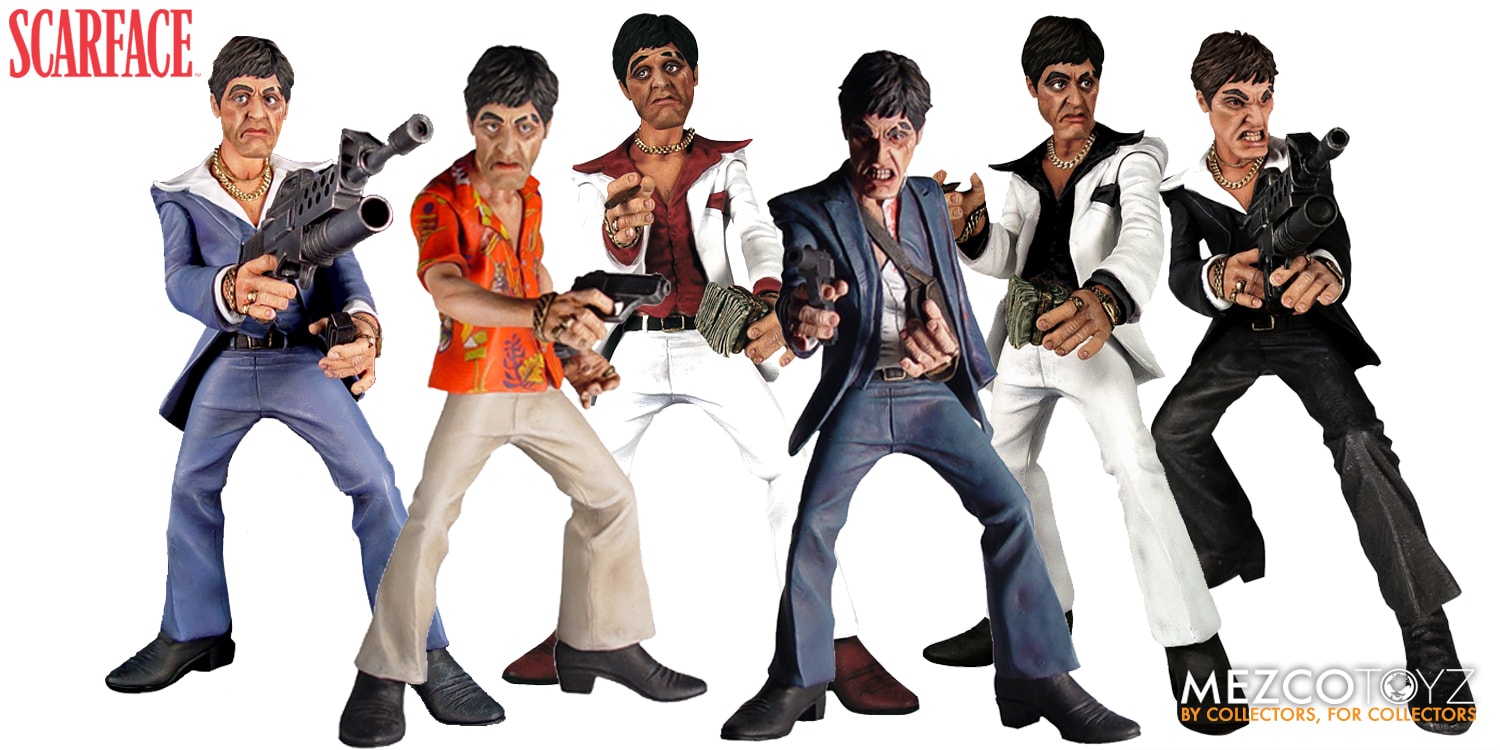 Back of the package art: 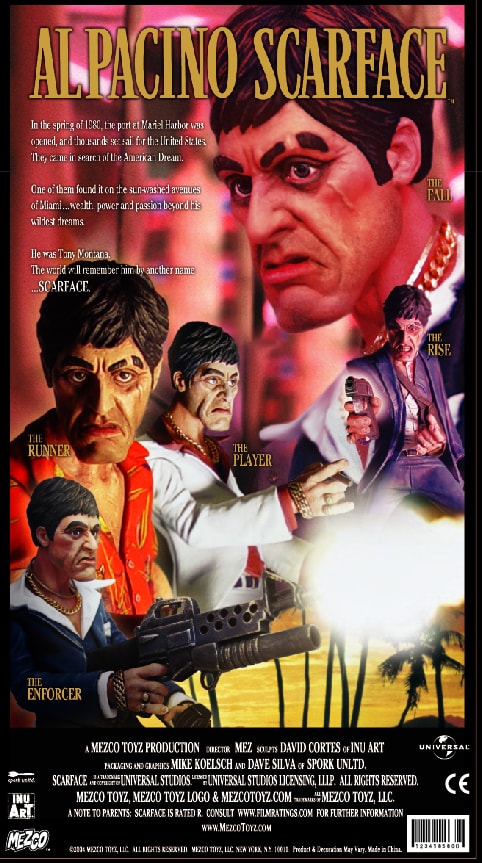 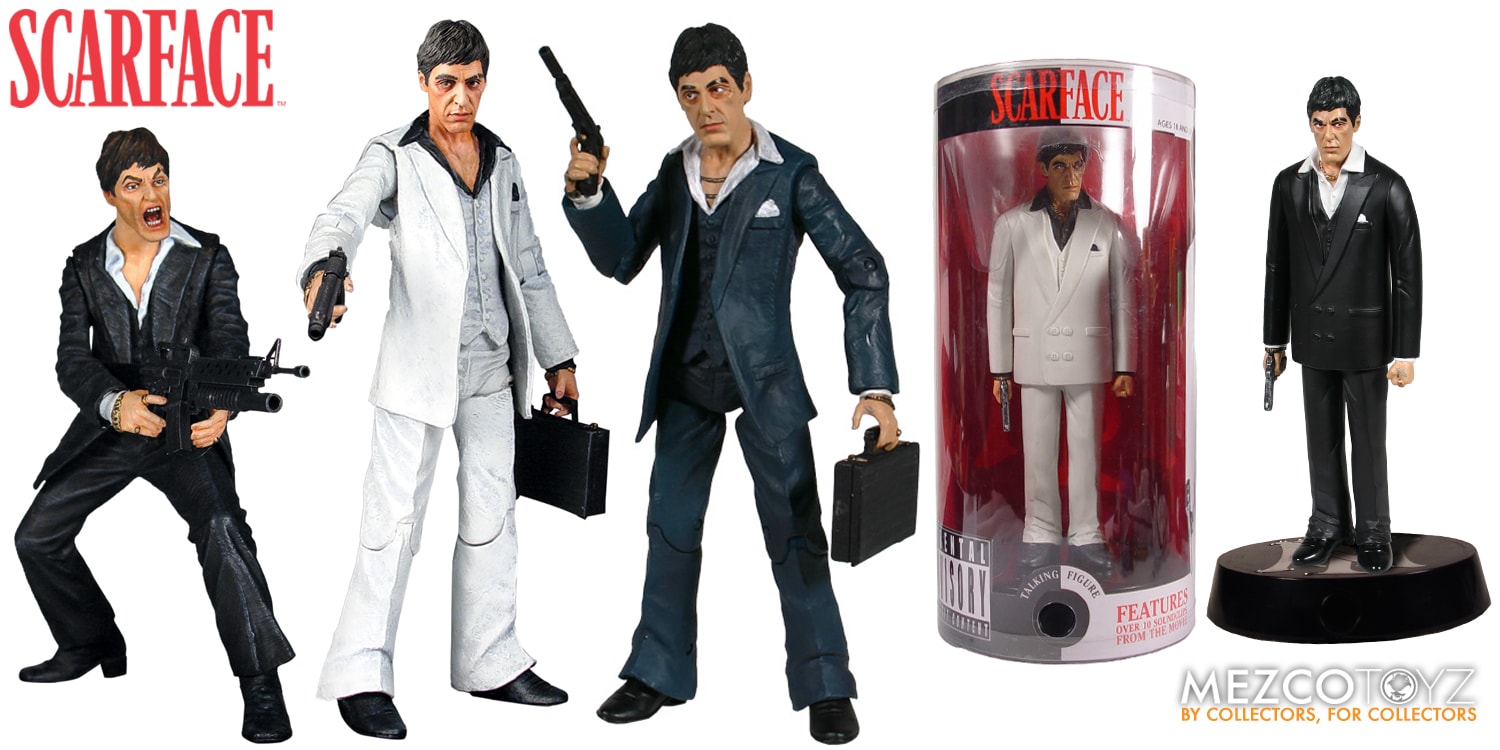 The World Is Yours prop replica: 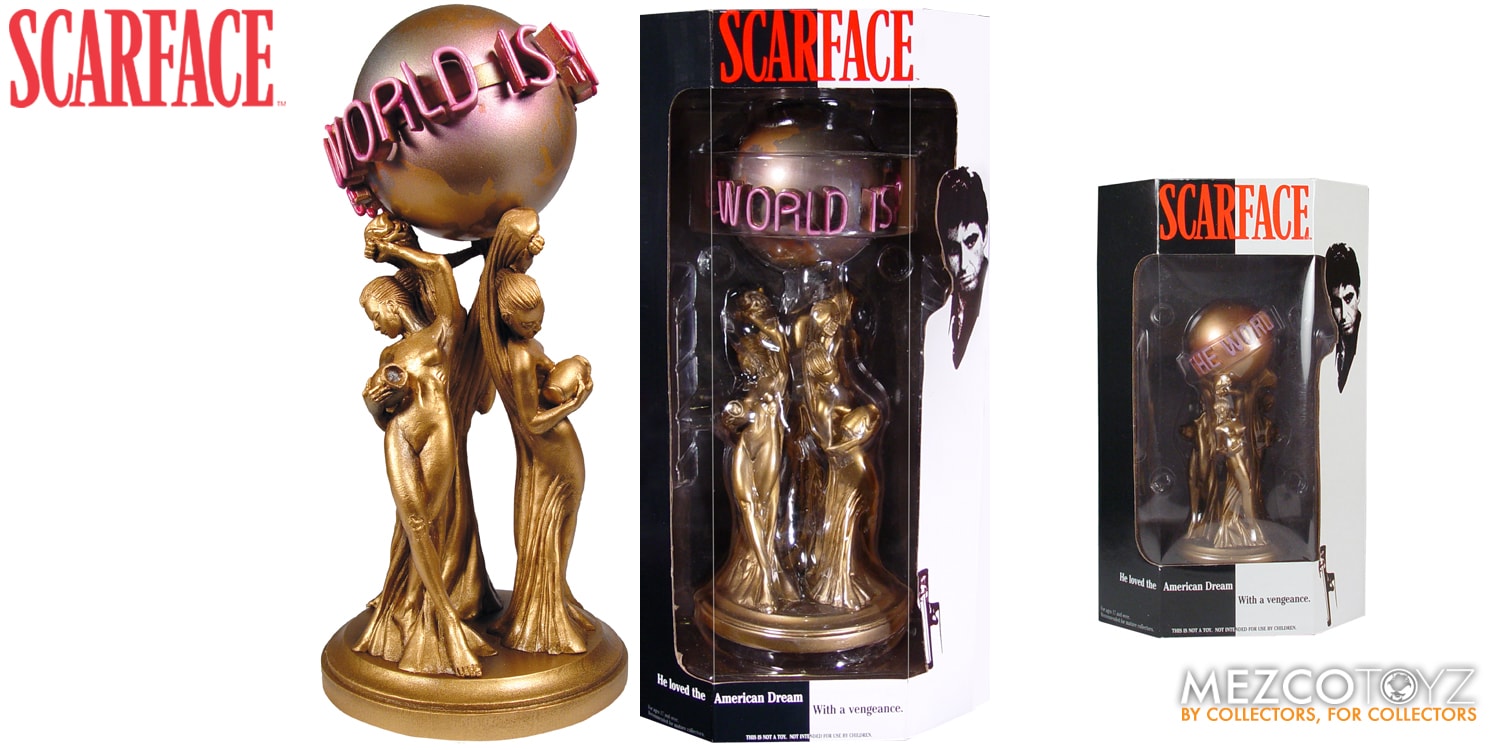 The 6" busts came in both black and white suit versions: 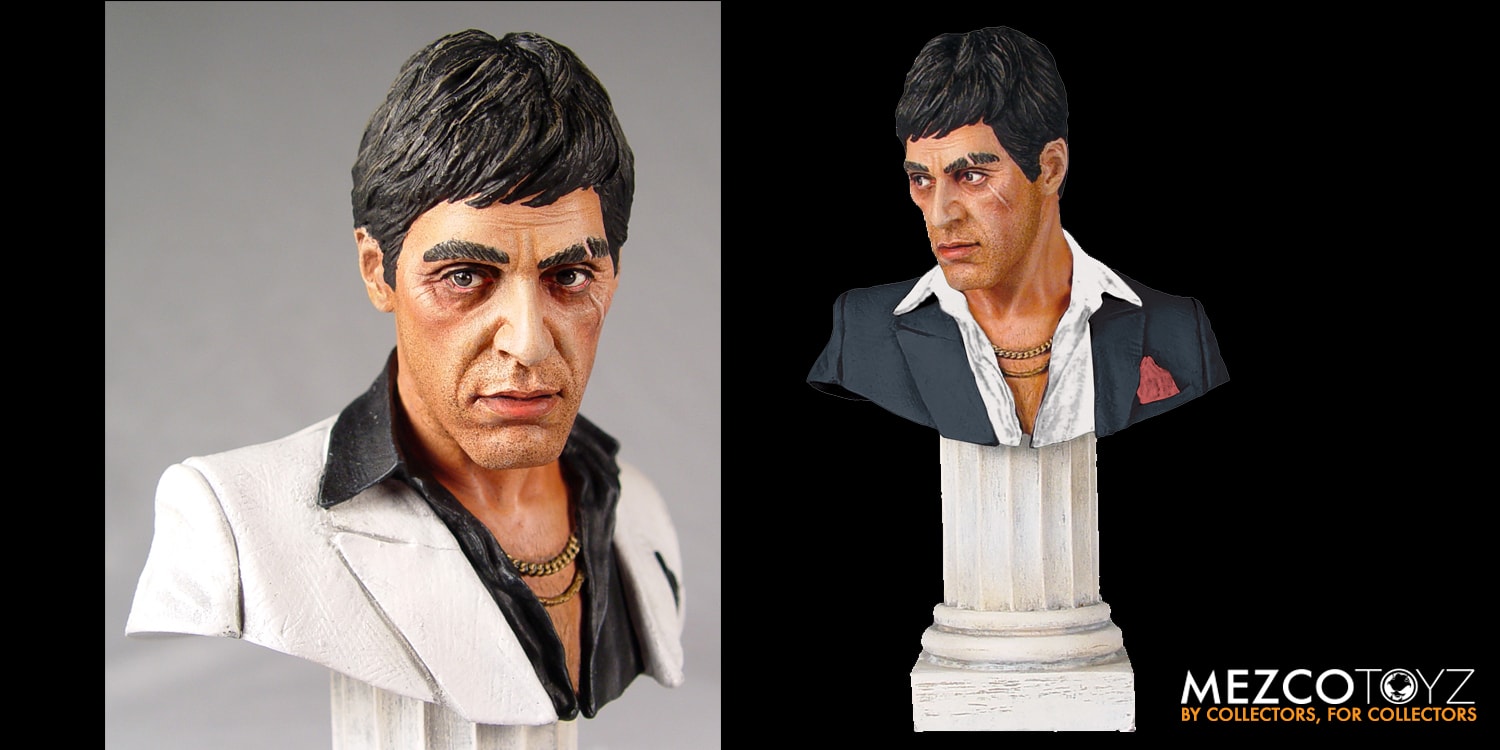 Want more Scarface? The movie is now on Netflix and there are rumors of a remake that will be starting production this Fall.