In 2005 Peter Jackson released KING KONG, his remake of the 1933 blockbuster. Hailed as a modern classic it went on to gross over half a billion dollars. Fans clamored for merchandise and Mezco Toyz answered the call with what many consider the finest King Kong figure ever produced. 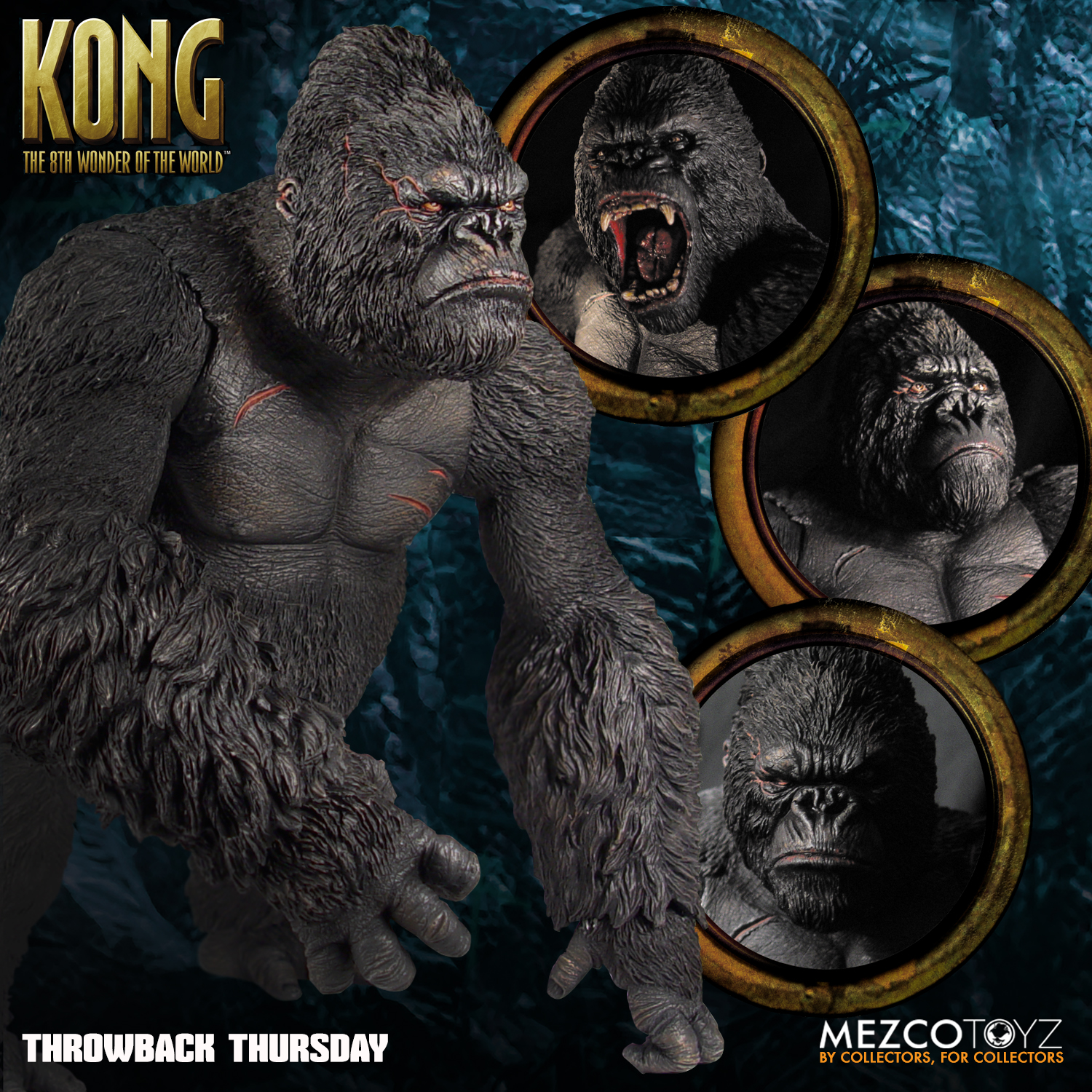 Mezco stayed true to the film’s design and included numerous scars from injuries old and new. Packaged in a huge widow box with eye-catching King Kong graphics it caught the attention of fans worldwide and despite (in 2017) being out of production for a decade, it continues to remain popular with collectors.

Mezco’s King Kong has been honored by the internationally renowned Museum Of The Moving image, where the prototype King Kong from the Mezco archives is on permanent display as part of the museum’s “Behind The Screen” collection. From inside his custom Lexan case, Kong stares down at the museum’s daily parade of visitors, and those who dare to meet his gaze hold no doubt that he is truly King.